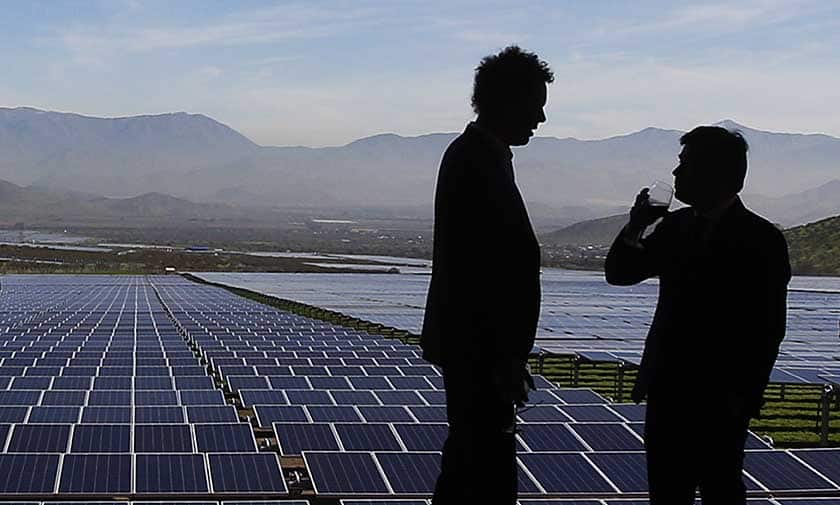 While Cyprus is rushing into renegotiating the Aphrodite gasfield production sharing agreement – unwisely as I demonstrated in my August 26 article in the Sunday Mail – there appears to be paralysis on three major energy fronts: the national energy plan to 2030, liberalisation of the energy sector and the plans to import natural gas.

These are all major issues affecting the cost of energy to Cypriot consumers and to our economy.

In an article on the subject in the Sunday Mail last December, I said: “The inertia that exists and the lack of any serious energy planning and public consultation, leave Cyprus unprepared and exposed.” Sadly, there has been no visible change or progress since then.

In its latest policy guidelines the European Commission (EC) relaxed the deadline for preparation and finalisation of integrated ‘National Plans for Energy and Climate’, covering the period 2021-2030. These should now be concluded by 2020. However, The EC asked member states to provide early and effective opportunities for public consultation in preparing their draft plans, and attach a summary of public views to their submissions.

It is not at all clear how Cyprus will respond to these targets. But it will not be possible to achieve them simply by importing natural gas. It will also require a major expansion in the adoption of renewables and specifically solar energy.

So far nothing has been circulated for public consultation, even though its implications on Cyprus energy developments, prices and economy in the period to 2030 will be far reaching. This must still take place.

Liberalisation of the energy sector

In Cyprus, we have an absurd and contradictory situation. European energy regulations were introduced to promote competition and reduce energy prices. In Cyprus they are used with opposite results. Although competition seemingly is being promoted, implementation has been delayed several times. In other words, we abide by the regulations on paper but we avoid or delay implementing them or fail to apply them at all.

Cyprus is ready to commit to long-term imports of liquefied natural gas (LNG), on a take-or-pay basis, for the generation of electricity. This will make the future adoption of significant amounts of solar energy even more difficult. If, for example, 40 per cent of electricity comes from solar power, that would mean 40 per cent less natural gas needed for electricity generation – then what happens to the surplus gas?

This may be the reason why seemingly artificial obstacles are introduced to delay wider implementation of renewable energy sources. Through this dubious logic Cyprus is locked into an LNG import scheme that is likely to lead to further increases in electricity charges to consumers and industry.

Cyprus’ energy strategy needs to change in line with the EU’s new 2020-2030 targets. Prospects for adoption of renewable sources in Cyprus are enormous. Based on a study by the International Renewable Energy Agency (Irena), renewable energy could provide between 25 per cent and 40 per cent of total electricity supply in Cyprus by 2030. And with the latest developments in cost-competitive electricity storage technology, including batteries, this percentage may increase even more.

So what prevents the wider use of solar energy in Cyprus?

Unfortunately, Cyprus is still going through a protracted transition period before it reaches full liberalisation of the energy market. The Cyprus Energy Regulatory Authority (Cera) has published a binding timetable, committing that the electricity market in Cyprus will be liberalised on July 1, 2019.

Unfortunately, this is not likely to happen as planned. Evidently the Transmission System Operator (TSO) and the Distribution System Operator (DSO) are not yet ready! The electricity market law has not yet been modified to make the TSO fully independent from EAC! After years of delays, and with full knowledge of what should happen and by when, Cyprus is not yet ready to liberalise the energy market. Only one word can describe this – incredible!

This is one of the factors preventing the wider use of solar energy in Cyprus, at the expense of the Cypriot energy consumer, who pays the cost – unfortunately without any serious protest. The high cost of electricity is a burden on the economy, which is very difficult to justify. It makes one wonder how genuine Cyprus is in its commitments to energy liberalisation and the wider use of renewable energy sources.

The earliest possible this can now be achieved is 2020. The time between now and then should be used to ensure that as and if this is implemented, it will lead to a ‘real’ liberalisation, benefiting from the latest developments in Europe and renewables technology, including open competitive auctions. Let us hope that this will continue as planned, given the incredible number of postponements to date.

In a recent competitive auction, Egypt received incredibly low offers for a 200MW solar photovoltaic plant at $0.028 per kWh – a price that is now becoming common for PV plants. Solar energy at less 3 US cents per kWh would have an unimaginable impact on the price of electricity as well as carbon dioxide emissions in Cyprus. It is crucial we urgently remove obstacles and take advantage of this. The European Bank for Reconstruction and Development and the European Investment Bank (EIB) are ready to provide investment support.

The expected increase in electricity costs for consumers by 4 cents, to account for increased fuel costs being incurred by EAC, has been greeted by two words: “electric-shock”. This is quite understandable, given that the prices Cypriots already pay.

And if the planned import of LNG goes ahead, such prices may increase further. The price of LNG arriving at EU LNG hubs is already $9/mmBTU. Adding to this the cost of recovering the investments for fixed LNG import installations, even after allowing for the €101.5m grant from Europe, will take the cost to EAC to over $11/mmBTU (about one thousand cubic feet).

This is exorbitant in comparison to the price being offered by Energean, about $6/mmBTU, for delivering clean gas directly to EAC by pipeline from its Tanin and Karish gas-fields in Israel.

And yet Cyprus is not considering this offer seriously. Tongue-in-cheek, DEFA is reported to have said that Energean can participate in the planned LNG import tender, knowing full-well that this is not possible. The tender is for import of LNG, while Energean is offering piped gas.

Importing expensive LNG does not make commercial sense. One hopes this is the reason why the LNG tenders have not been issued yet, making it now impossible to achieve the 2020 deadline for LNG imports. This is despite the fact that DEFA announced in March that these tenders were to be issued in April. There may be hope, after all, that Energean’s offer may be taken further.

What Cyprus needs urgently is the formation of an Energy Consumers Association to give voice to consumers on energy issues that affect their interests, especially prices.