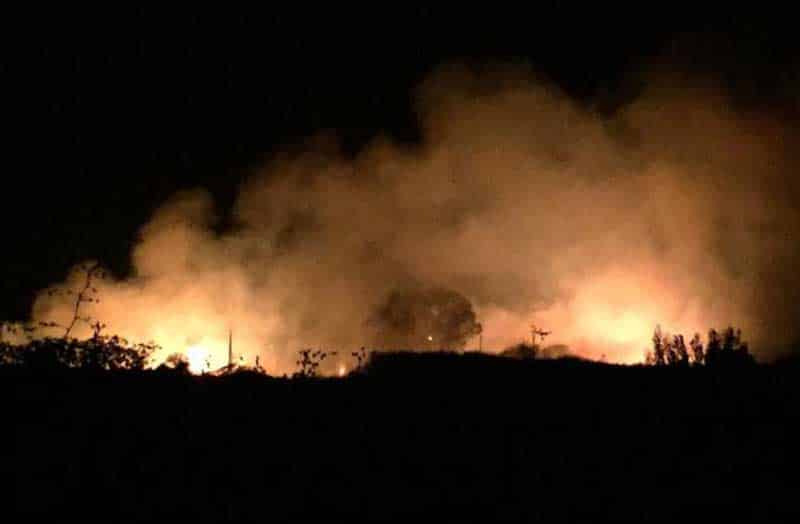 The fire in the Alassa area near Kourris dam was brought under partial control by 3.20 on Sunday afternoon, the fire service announced.

The fire, which initially broke out at around midnight on Saturday night and was brought under control by 8am after firefighters had battled through the night reignited at around 11.15 on Sunday morning.

Strong winds were blowing in the area, making the job of containing the flams more difficult.

According to the fire service, seven fire engines from the service have been joined in the area by two from the forestry department, two from the Game Fund, one from Civil Defence and one from the regional administration.

In addition four helicopters, including one from the British bases, and two planes of the forestry department were helping to fight the flames. Due to their activity all other flights in the region were banned.

A total of 20 hectares of dry plants, weeds, pine, carob and olive trees were destroyed in the fire.

Firefighters are staying in the area to make sure the fire remains under control.

Police are investigating how the fire started.

Cyprus smitten with energy paralysis: There is simply no need for Cyprus’ electricity prices to be so high. Here’s why