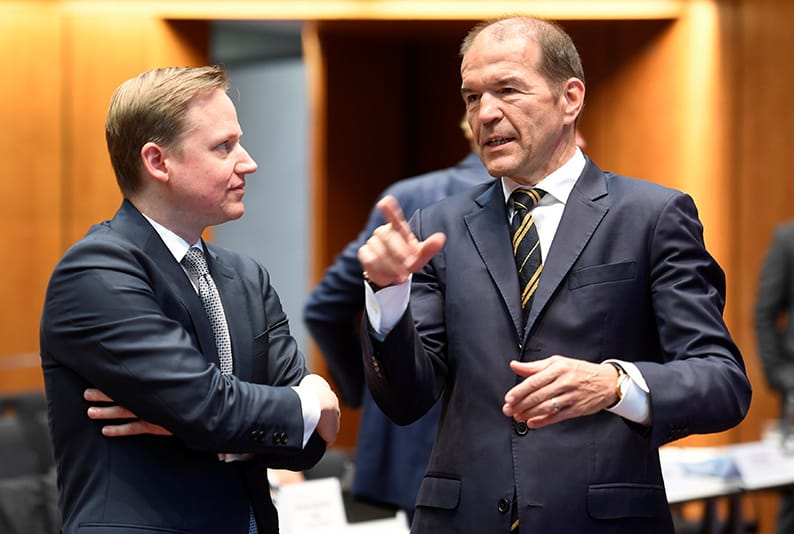 Investors took Volkswagen to court on Monday to seek €9.2bn in compensation for the hit to the carmaker’s share price from its diesel emissions scandal, although the judge said some claims could be time-barred.

Shareholders representing 1,670 claims are seeking compensation over the scandal, which broke in September 2015 and has cost Volkswagen (VW) €27.4bn in penalties and fines so far.

It is likely that only some of the claims will be taken into account due to the statute of limitations, presiding judge Christian Jaede told the Braunschweig higher regional court as proceedings got under way, without giving a figure.

The case is so complicated that the court does not want to pin itself down, with many legal questions to be clarified, Jaede added.

The plaintiffs say VW failed in its duty to inform investors about the financial impact of the scandal, which became public only after the US Environmental Protection Agency (EPA) issued a “notice of violation” on Sept. 18, 2015.

Had investors known about VW’s criminal activities in rigging emissions tests, they may have sold shares earlier or not made purchases, thereby avoiding losses on their shareholdings, the plaintiffs argue.

VW shares lost up to 37 per cent of their value in the days after authorities exposed illegal levels of pollution emitted from VW diesel cars.

WHO KNEW WHAT, WHEN?

“VW should have told the market that they cheated and generated risk worth billions,” said Andreas Tilp, a lawyer for the plaintiffs.

“We believe that VW should have told the market no later than June 2008 that they could not make the technology that they needed in the United States.”

VW’s decision between 2005 and 2007 to install cheating software in diesel cars was illegal, but it is not clear that it was taken to keep investors in the dark, judge Jaede said.

However, Tilp said VW should have made public it could not meet US emissions standards by legal means, adding that if the court did not see it this way, it would limit the plaintiffs’ case.

“This case is mainly about whether Volkswagen complied with its disclosure obligations to shareholders and the capital markets,” VW lawyer Markus Pfueller told the court. “We are convinced that this is the case.”

VW says the EPA’s issuance of the notice of violation was not in keeping with how US authorities had handled similar cases involving other carmakers.

Because other carmakers had reached a settlement for emissions cheating without an EPA notice of violation, and because VW was in talks about reaching a settlement, VW’s board did not see the need to brief investors before September 2015, the carmaker said in a filing with the Braunschweig court.

Judge Jaede said critical to the case was the period from early 2014, when he said VW employees had learned that US tests showed its diesel cars emitted far more toxic nitrogen oxide on the road than under laboratory conditions.

Plaintiffs, including fund management firm Deka, allege managers below management board level, including divisional heads, knew early on about deliberate and systematic cheating.

The company was therefore aware of criminal activity and so investors should have been warned earlier, the plaintiffs say.

VW already made substantial provisions in late 2015 to cover vehicle recalls, and because previous fines by US authorities for similar violations were below $200m, VW said there was no need to inform investors under German law.

So board members at the time, including current chief executive Herbert Diess and Chairman Hans Dieter Poetsch, did not violate disclosure rules, VW said in its defence document filed with the court.

Akel accuses Anastasiades of handling Cyprus problem on his own