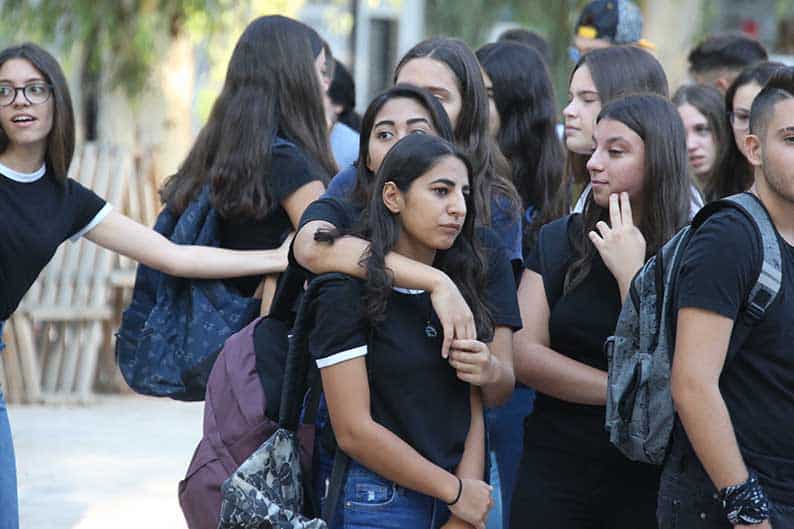 Schools are run for the benefit of the teachers, not the students

The government on Tuesday rejected the counter-proposal submitted earlier in the day by the teachers’ union Poed, spokesman Prodromos Prodromou said after it had been delivered the union’s head Filios Fylaktou.

Prodromou said that the head of the tri-ministerial committee in charge of the issue, Education Minister Costas Hambiaouris, was penning his response to Poed.

Prodromou added that the proposal was submitted by Poed without the signatures of the other teaching unions, Oelmek and Oltek, who are also involved in the spat that developed between them and the government.

“The position proposed by Poed, without the signatures of the others, is rejected,” Prodromou said.

Earlier Klelia Vasiliou said one sticking point was caused by the government trying to satisfy a proposal put forward by the unions.

The unions will hold individual meetings with their respective councils on Wednesday to make their final decisions regarding the government proposals.

The unions are proposing a so-called credit system, whereby a teacher who teaches more hours than what the curriculum specifies for example, would receive credit for those hours in the next school year.

In this way, there would be no need to bring in a teacher from elsewhere and disrupt schedules.

This according to the unions, would allow for a smooth operation and dialogue to start between the two sides with a set deadline.

Earlier on Tuesday, deputy government spokesperson Klelia Vasiliou, fired back at accusations by Poed secretary general Charis Charalambous, who said the government was attempting to entice the unions through an early retirement scheme.

However, Vasiliou said that the government was only trying to satisfy a proposal put forth by the unions themselves. She added that in a document submitted by the unions on August 3, Oelmek had suggested an early retirement scheme for teachers.

A similar proposal was also put forth by Oltek in the same proposal, she added.

“Therefore, the government was doing nothing more than attempting to satisfy one demand of the teachers’ unions – which has been submitted for the third time – with the sole goal of normalising the already tense situation,” Vasiliou said.

The unions had also submitted recommendations to the government on Monday, following a rejection of a previous government proposal by all three on Sunday.