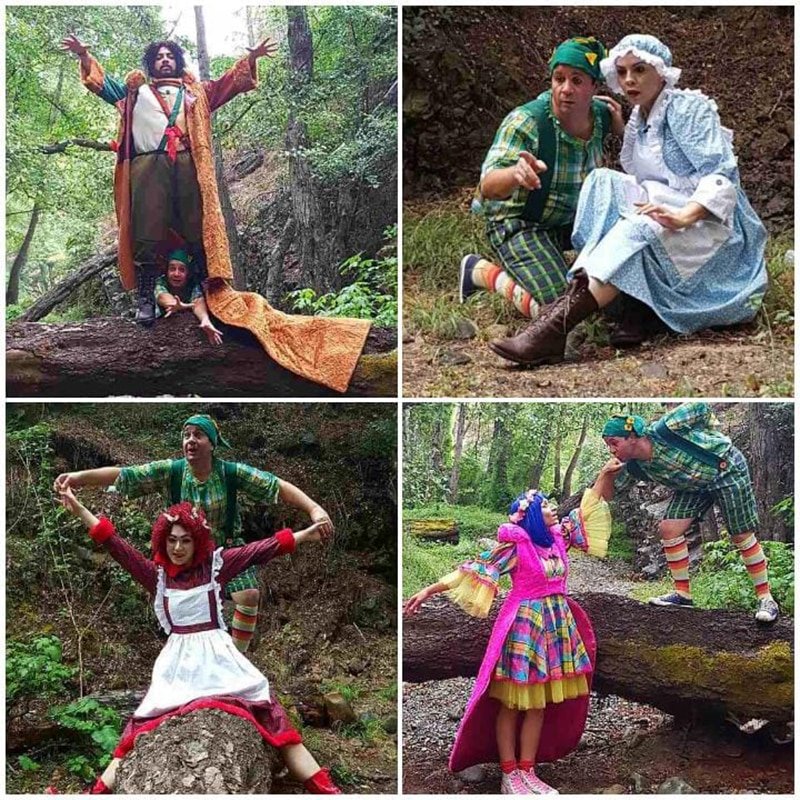 Local theatre group Theatro Vestiario is known for putting on performances to catch the attention of children, give them something to think about and thoroughly entertain them.

After taking kids though the story of Snow White and the Seven Dwarfs last year – with lots of laughter, music and songs – and introducing them to the Three Little Pigs and Lykos Lilykos before that, the theatre group is now getting ready to take children to the world of Kontorevithoulis and the Giant Sepola.

Speaking about the play, which will begin this Saturday at Theatro Dentro in Nicosia, the theatre group said “our new kids’ play is once again based on a classical tale, this time by the well-known writer Charles Pero, a fairy-tale that endures, that is loved by young and old, since its heroes inspire us to worship them.”

The play concentrates around Kontorevithoulis who may not be a big man but he has big ideas. His ideas and his intelligence overwhelm not only the giant of the fairytale, but also every giant obstacle he will encounter along his adventurous journey to save the world.

Kontorevithoulis comes from a poor and honest family that weaves baskets to make a living. His family is the complete opposite of the giant family Sepola, a colourful family with magical fast boots. These magic boots, along with Kontorevithoulis’ great ideas, will make sure the action on stage never stops and the kids are never bored.

But that is not the end of the story – our hero with the big ideas will go on an adventure to save the world by going head to head with the rebel giant Mr Sepola. Unlike most giants in fairytales, Mr Sepalo is funny and gentle. His daughter, Semeli, will accompany Kontorevithoulis on his adventures as will Kali (the good lady), the giant’s wife, who will open the young man’s eyes to goodness, virtue and love.

But goodness and love are not the only thing that Kontorevithoulis will learn about on his way, he will also learn about wisdom and knowledge from a wise owl.

As the action switches between the warm house that Kontorevithoulis lives in and the huge house the giants live in, Kontorevithoulis will need the help of every child in the audience to get to the end of the story.

The adaptation of the story, the song lyrics and direction of the play belong to actor and writer Yannis Spanos. The music is written by Vasso Vasileiou and choreography is by George Nicolaou. The scenery was designed by Androulla Empedokleous and costumes are by Dora Chiotis. The five actors that will bring the story to life are Yannis Spanos, Myria Holdarou, Xanthia Argyrou, Stavros Konstantinou and Aphrodite Spanou Loizou.
Performances will be given throughout Cyprus as well as in public and private schools.

Kontervithoulis and the Giant Sepola
Performance of the play by the Theatre Vestiario group. September 15 until February 3. Theatro Dentro, 44 Enotitos Street, Palouriotissa, Nicosia. Saturdays at 3pm and Sundays at 11am. € 7. In Greek. Tel: 99-384606

State-aid Commissioner kept in the dark over Co-op