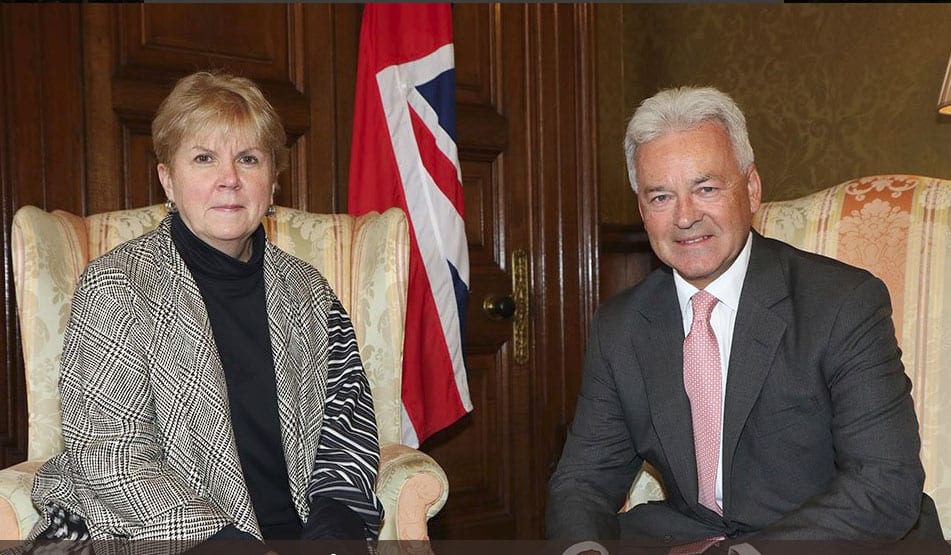 Britain said on Wednesday that with political will, a Cyprus settlement remained within reach.

Tweeting after a meeting with UN envoy Jane Holl Lute, Britain’s Minster for Europe Sir Alan Duncan said that both he and the British Foreign Secretary Jeremy Hunt had reiterated the UK government’s support for a Cyprus settlement.

He described the meeting with Lute as “productive”.

“With political will, an agreement remains within reach,” Sir Alan added.

On Tuesday Lute, whose mandate is to assess the mood for a new round of Cyprus talks and the prospects for success, met Greek Foreign Minister Nicos Kotzias in Athens. She has also, earlier this summer, met Turkish Foreign Minister Mevlut Cavusoglu, and was in Cyprus in July for contact with the two leaders.

Lute will file her assessment report to UN Secretary-General Antonio Guterres this month after which he will decide whether to invite the sides to new talks. Both President Nicos Anastasiades and Turkish Cypriot leader Mustafa Akinci are expected to meet Guterres separately in New York within weeks on the sidelines of the UN General Assembly.
Meanwhile, Anastasiades will be in Athens on Monday, prior to heading for the US, to meet Greek Prime Minister Alexis Tsipras for consultations ahead of New York.
Government spokesman Prodromos Prodromou told CNA that during their meeting on Monday, Anastasiades and Tsipras would coordinate on the Cyprus problem in view of the General Assembly and the preparations carried out by Lute.

Kotzias was due to meet later Wednesday his Cypriot counterpart Nicos Christodoulides to brief him on his meeting with Lute on Tuesday.

The two ministers will then depart for Israel where on Thursday they will have negotiations within the framework of the Greece, Cyprus, Israel trilateral partnership, according to CNA.