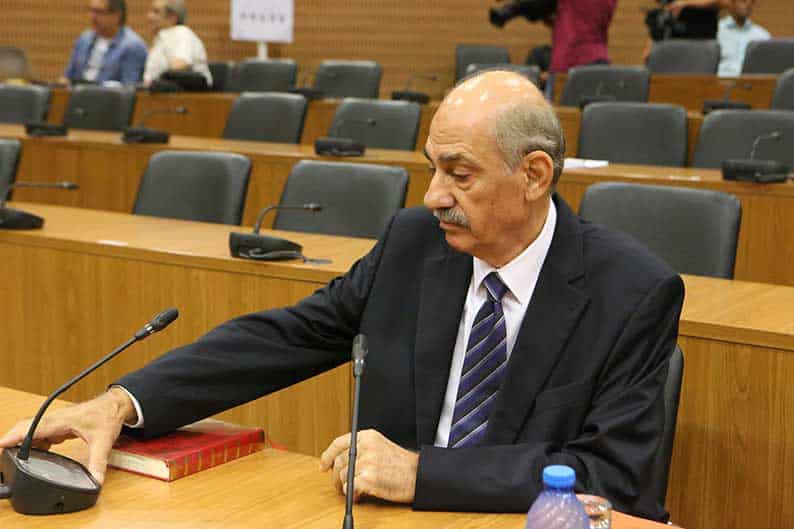 The former supervisor of the co-operative banking sector Constantinos Lyras told investigators on Wednesday that while he was in office there had been no cover-up of irregularities.

Ultimately, the Co-op went down as a result of the hostility of “Europe’s liberalism”, said Lyras who was superintendent of the Authority for the Supervision and Development of Co-operative Societies (ASDCS) from 2004 to 2014, said.

“Whenever our officials would spot any problem at a co-operative, a report was made,” he was quoted as saying.

In addition, there were both external auditors’ reports and pressure from ASDCS and when weaknesses were identified, the co-operatives were notified, he said.

When asked by the chairman of the committee to comment on a document which said that monitoring was ineffective and dysfunctional with the head of the ASDCS taking no corrective action and punishing no one as he should have done when reports about wrongdoings came in, Lyras dismissed its content as untrue.

The occurrence of irregularities was attributable to a law amended in 1985 and 1987 which transferred responsibilities of the superintendent to the boards (of local co-operatives), he said. “There was a phobia in the Republic of Cyprus that a strong superintendent was dangerous. This caused several problems as it gave power to people lacking basic knowledge who were honourable and conscientious and loved their co-operative.”

Lyras said that the majority of the Co-op officials respected the rules of the co-operative banks and received loans up to the limit members were allowed, and where the limit may have been exceeded, it was reported, he said.

He added that the co-op, which taxpayers recapitalised in 2014 and 2015, with a total of €1.7bn was practically given to Hellenic Bank for free.

“The co-operative credit sector, which liberalism in today’s Europe didn’t want, was taken out the way,” and financial stability was achieved at the expense of competition in the banking sector, he said.

Lyras said that out of the 360 cooperatives in 2004, when Cyprus became a European Union member, 250 co-operatives were not computerised.

When their number was reduced to 93 in 2012, it helped considerably in their subsequent transformation, he said adding that there was locally a backlash against the mergers to which he did not oppose.

The troika of international creditors which supervised Cyprus’ bailout objected to the idea of the Co-op issuing shares to raise more capital in 2012 which would have solved the matter, he said. This compelled the Co-op to having to seek a listing on the stock exchange to do so.

He also said that scandals at larger co-operatives that broke out in 2012 were a result of his findings which led to convictions by the court. Some other cases were handled by the Co-operative Central Bank when his agency was phased out.

Lyras said in response to a question about the treatment of former superindendent Erotokritos Chlorakiotis, who is among the defendants in a court case related to the Strovolos co-operative, and said that the ASDCS spotted that many loans extended to Chlorakiotis had been consolidated.

Lyras added that he had to approve this decision as it was beneficial for both the Co-op and Chorakiotis and denied that the latter received a favourable rate for his loans.

The loan was backed by a collateral in Paphos, a property worth €25m, which the Co-op onboarded for €15m and subsequently sold for €20m, the former supervisor said.

The former superintendent dismissed the allegation that a co-operative in Polemi, a village in Paphos district, extended loans to dead persons but admitted that his agency had identified cases of loans to non-existent individuals and those cases were brought to the courts and led to convictions.

Polemi, he said, where the secretary of the co-operative had received €4m in unsecured loans, “was a special case”, Lyras said in response to a question.

7 tips in marketing your business through Social Media