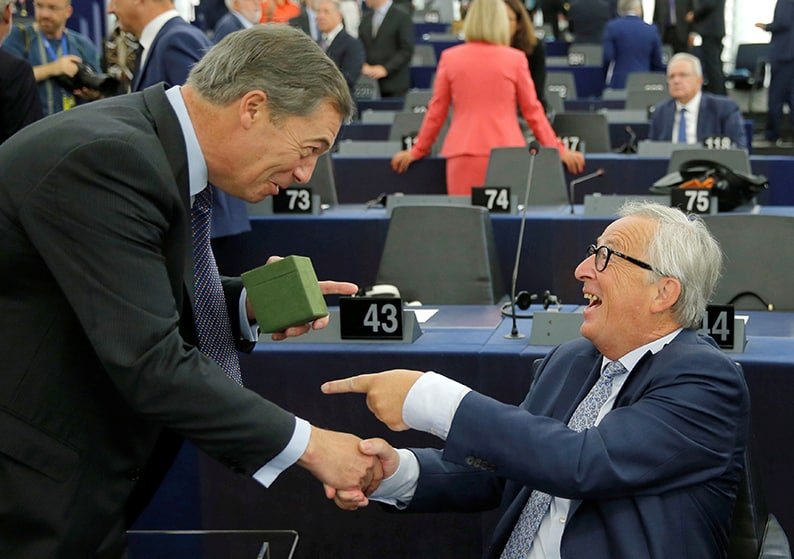 European Commission head Jean-Claude Juncker on Wednesday renewed a pledge of close trade and security ties with Britain after Brexit, but said the European Union would not compromise on key withdrawal terms.

Delivering his annual state-of-the-union speech to the European Parliament, Juncker said the EU will not allow Britain to participate only in some parts of the bloc’s single market after Brexit without honouring all of its rules.

The EU respects Britain’s decision to leave, Juncker said. “But we also ask the British government to understand that someone who leaves the union cannot be in the same privileged position as a member state.”

Markets have been reacting increasingly nervously to Brexit news in recent weeks as the EU and Britain have yet to reach a comprehensive agreement before Britain leaves on March 29, 2019.

Businesses fear a disruptive “no-deal” scenario under which Britain would crash out of the EU next year with few agreements in place to transition into a new reality. Avoiding reintroducing checks on the EU-UK land border on the island of Ireland remains a key obstacle.

The EU has highlighted in recent weeks a willingness to work closely with Britain after Brexit, to help Prime Minister Theresa May convince her divided cabinet and parliament to accept Brexit terms, including the Irish fix. But Juncker made clear key demands by the bloc held firm.

“The European Commission, this Parliament and all other 26 member states will always show loyalty and solidarity with Ireland when it comes to the Irish border,” Juncker said.

CLOSE BUT NOT THERE YET

A senior EU official said separately it would be sending a “wrong signal” to suggest there was a softening of the EU line, and dismissed suggestions the bloc’s leaders might rejig instructions for chief negotiator Michel Barnier when they meet May in Austria next week.

Juncker sent a positive signal on parts of May’s Brexit proposal, known as the “Chequers” plan for the country residence where it was hammered out in July.

While the EU opposes May’s call for Britain to stay in a free trade zone with the EU for goods only, Juncker said the two sides should seek a broad free-trade deal.

“I welcome Prime Minister May’s proposal to develop an ambitious new partnership for the future, after Brexit. We agree with the statement made in Chequers that the starting point for such a partnership should be a free trade area between the United Kingdom and the European Union,” Juncker said.

The plan is opposed in Britain by both supporters of closer ties and those who want a clean break, including a strong eurosceptic wing of May’s own Conservative party.

Poland, which has broken ranks by suggesting in a closed-door meeting of the remaining 27 EU states that they may have to pick between a tough stance on Ireland and having any deal with Britain, also sent a positive signal to London.

“We are very close to an agreement,” Polish EU affairs minister Konrad Szymanski, told a news conference in Warsaw on Wednesday, adding that most issues were not controversial.

7 tips in marketing your business through Social Media

More protests planned in the north