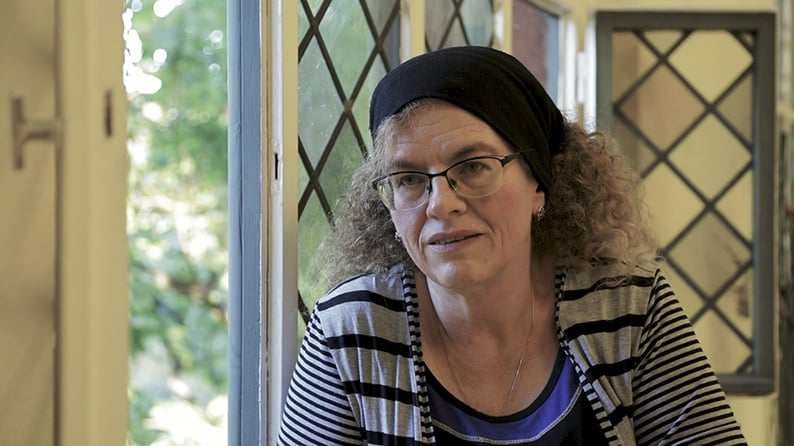 Tugay Sarac was just 15 when he first talked about travelling from Germany to Syria to fight for Islamic State.

But unlike his friends at the time, Sarac had turned to radical Islam as a way of avoiding coming to terms with his sexuality.

“I had friends who, like me, were really radical extremists and even considered going to Syria or to Palestine to fight,” he told the Thomson Reuters Foundation in a quiet corner of the prayer room of Berlin’s Ibn Rushd-Goethe mosque.

Now 20, Sarac, who was born in Berlin to a Turkish family, learned from an early age that homosexuality was wrong – and un-Islamic.

“I thought being gay is bad and that through Islam, by praying to God, I could cure myself and become normal. I started praying five times a day: I just felt bad, like I was dirty or inferior somehow … I was really ashamed of my gay thoughts.”

More than 5,000 Europeans – most from Britain, France, Germany and Belgium – have joined fighters in Syria and Iraq, according to Europe’s police organisation, Europol, with more than 200 continental attacks and foiled plots last year.

Studies suggest a range of motivations, from supporting fellow Muslims to feelings of alienation at home. Yet Sarac was not looking for a greater sense of Muslim solidarity – he was running away from the fact he was gay.

“I knew I liked boys from maybe the first class of primary school,” he said. “(But) in Islam for me it was very clear that homosexuality was bad.”

It was only when Sarac came across the Ibn Rushd-Goethe mosque – one of only a handful of gay-friendly mosques around the world – that he found a middle ground that allowed him to accept both his sexuality and his faith.

As Sarac found himself drawn into the life of the mosque, its liberal, inclusive form of Islam drew him away from his more fundamentalist views and helped him come to terms with who he was.

“This mosque helped me to deradicalise completely,” he said.

“Coming here, I started being comfortable with myself and that’s when I told my mother and my aunt (that I was gay).”

LGBT Muslims are frequently required to make a stark choice between their sexuality and their religion, even in liberal countries such as Germany where same-sex marriage is legal.

Xenophobia and tensions are on the rise in Germany, which is home to about 4 million Muslims – about 5 percent of the population – since it opened its doors to more than a million migrants in 2015, many from Syria, Iraq and Afghanistan.

Following a spate of attacks on mosques, Interior Minister Horst Seehofer said in March that Islam does not belong in Germany, clashing with Chancellor Angela Merkel’s multi-ethnic vision for Europe’s biggest economy.

Sarac’s father, who moved to Germany at the age of six, boasted of beating up gay people when he himself was younger and made his views of homosexuality very clear to the young Sarac.

“My father was rather traditional, not in an Islamic way, but in a Turkish way,” Sarac said.

“When my little sister was born, I just wanted to hold her buggy and walk with her. But my father slapped my hand and said, ‘Stop doing that, it’s gay’.”

His father died when he was just 13 – leaving Sarac even more vulnerable to radical views, while also battling to suppress his sexuality at school “because as a teenager – as teenagers normally do – I just fell in love with other guys”.

Which is why when his friends started talking about becoming jihadis, Sarac readily joined the conversation – to deflect any questions on his own sexuality.

“I was struggling between being a normal 14 or 15-year-old guy in Germany and being really religious.

“My friends were very religious, very radical, and when they told me that they were considering going to Syria, I started thinking about it too.”

But there were other tensions at work.

One turning point was hearing a presenter on The Young Turks, a US-based liberal news show, ask LGBT Muslims: “Why would you believe in a religion or a God if this God hates you, if this God will throw you to hell and let you burn forever?”

When Sarac started worshipping at the Ibn Rushd-Goethe mosque late last year, his radical friends disowned him, but the mosque offered other opportunities to explore a more liberal form of Islam.

Founded in June 2017 by Seyran Ates, a feminist lawyer who was born in Turkey, the mosque allows men and women to pray together.

“We consider ourselves an inclusive mosque,” Imam Susie Dawi told the Thomson Reuters Foundation in Berlin.

“We have no homophobic attitudes in any form here.”

Yet even among liberal Muslims, there is much work still to be done, she said.

“I have taken lesbian friends, for example, to Muslim friends and they’ve got along wonderfully and I thought that this would change attitudes. But it didn’t somehow … Maybe it needs time.”

The mosque has recently begun a deradicalisation workshop for students to take into German schools.

“The point is to open up people’s minds towards a more liberal understanding of Islam, for example by showing them women in different roles,” Dawi explained, rather than the traditional Islamic image of the subservient woman.

“There is a female pilot, for example.”

For Sarac, the mosque offers a chance for other LGBT Muslims not to repeat his mistakes.

“I’m 100 percent sure there are many gay Muslims who hide themselves like I did,” he said, either becoming atheists or fighters with militant groups like the Taliban or al Qaeda.

“If you are conflicted, it doesn’t make any sense to listen to one group who tell you are going to hell,” he said.

“If we want gay Muslims to be happy, we should just open ourselves up and let them be gay (and become) a happy, working part of the Muslim community.”