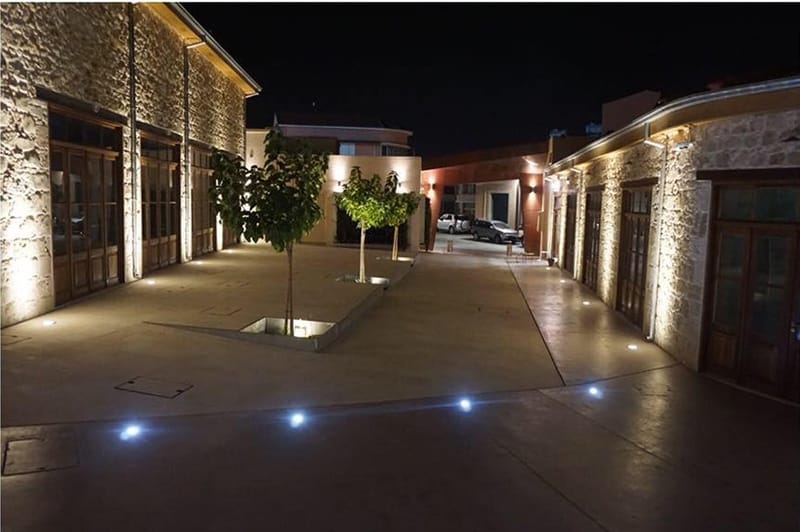 Ibrahim’s Khan, a historic building in the centre of Paphos’ old town, will hold the first annual cultural festival aimed at helping to highlight the area and encouraging members of the public to visit.

The event will take place at the venue on Saturday September 15, from 10am until midnight, and includes a full programme.

Marios Athanasiou, who runs one of the festival units known as ‘The House of Olives’, told the Cyprus Mail that the idea is to raise awareness of the Khan and establish a cultural festival that will be an important one for the town.

“It is a special place and the municipality have been very supportive of us all. There are eight of us (artisans and artists) currently already in our workshops and units, and there are more to come,” he said.

Other artists have been invited to use the space for the festival, and a number of the self-contained units and open spaces will see them present their creations.

Various photographers and artists, both amateur and professional, have also been invited, more particularly, to present their creations featuring Ibrahims’ Khan, in an overview of its use and its demise until it was restored.

A short film about the artisans operating in the Khan today will also be presented, he added.

Well-known mosaic artist Sharen Taylor also has a workshop at the Khan and said that the place is historically important, and that she already feels rooted to the space.

She added that the prevailing sense of community between the different artists and artisans in residence is imperative.

“There is a good feeling here, and people want to work together as one and to co-operate to make it really work.”

Ibrahim’s Khan is located in the heart of Paphos’ old town and is newly renovated. Historically, the ancient building was used as an inn and an area where merchants and craftsmen would come together.

There are sixteen units in all, including a restaurant which is due to open in around two weeks, in time for the festival, said Athanasiou. The venue, to be called ‘Honey’, will serve modern Mediterranean cuisine created by an Italian chef. The restaurant concept, according to the manager, is ‘gourmet plates to share’.

“In the beginning it will be open only for dinner and, in around a month, it will become all-day,” she said.

Paphos council has decided that it was important to create an interesting and unique space with a traditional feel, excluding such uses as souvenir shops, ready-made clothes, and other items or shops that could cause inconvenience by being loud and obtrusive.

There is also a theatre space with a stage that will be available to hire.

“Music by jazz musicians will get underway at around 4pm, and this will be followed by others, it will be a great event,” said Athanasiou.