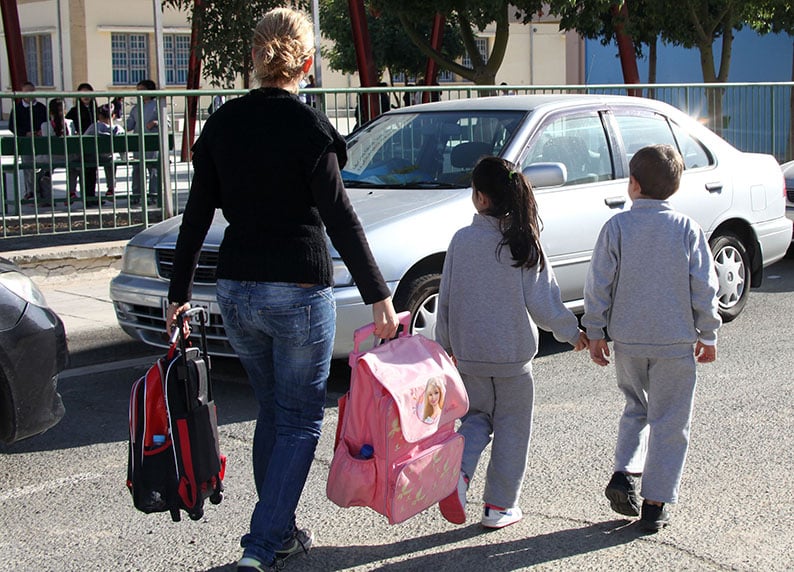 THE government on Thursday said it was devising contingency plans to ensure the least possible disruption to the operation of schools should state teachers escalate their industrial action.

Beyond a 48-hour strike already decided for next week, teachers’ trade unions have also left the open the possibility for work-to-rule, rolling strikes and refusing to carry out any work other than teaching.

As such, Vasiliou said, the minister of education will on Friday be meeting with parents’ associations in order to discuss practical ways of tackling the consequences of possible protracted industrial action.

More significantly, perhaps, the inter-ministerial committee tasked with dealing with the ongoing crisis has been instructed to “consult with the attorney-general for the purpose of making use of all the available legal instruments which would be forced to take in order to safeguard the interests of public education and, by extension, the interests of the children themselves and society in general.”

Sources told the Cyprus Mail that these “legal instruments” consist of legal opinions relating to when the right to strike is legitimate and in which circumstances it may be considered a breach of contract or contractual obligations.

For instance, if workers are deemed to be in breach of contract, their salaries could be docked.

Also, should teachers refuse to take class roll – as part of their work-to-rule measures – this could be construed as affecting the safety of pupils.

It’s understood, however, that the government would prefer that the stakes not be raised.

The cabinet also brainstormed on how pupils could at a later stage make up for lost teaching time should the worst come to the worst.

Vasiliou told reporters: “We would like to recall that on September 6 the inter-ministerial committee and the teachers’ unions had reached an agreement.”

“This agreement is still on the table, and it can be used as the springboard for a comprehensive dialogue which we ought to pursue in order to achieve a solution to the serious problems in education, for the good of public schools, our children and society as a whole.”

The first indication that the government was getting tougher came a day earlier, when the president asserted the government would not give in to the teachers’ “blackmail.”

Anastasiades accused the syndicates of welching on what was understood to be a deal, and of constantly shifting their demands.

The standoff began in July after the government decided to make changes to the teachers’ terms of employment by reducing their exemptions from teaching hours and curtailing union bosses’ perks, such as engaging in union matters during normal work hours.

On September 6, after long talks, the government and the syndicates hammered out an interim deal, consisting of 17 points.

Then on September 11, the unions came back demanding a correction to one of the points, which concerned the government’s proposal for a ‘credit system’, whereby form teachers, who will still see their ‘free’ periods according to years of service cut from two to one, would be compensated for this loss via a ‘credit system’ or through other incentives granted over the long term.

The teachers counter-proposed that, based on the credit system, a teacher who teaches more hours than the curriculum specifies, for example, should receive credit for those hours in the next school year. The government rejected this, leading to a new impasse.

The battle has been equally waged on the public relations level, with the teachers’ unions delivering a steady stream of statements saying they regretted their actions but that they had no choice.

Weighing into the controversy, the Chamber of Commerce and Industry on Thursday urged teachers to abandon their strike action:

“The phenomenon of privileged groups of workers resorting to strike action, in order to defend their so-called ‘inalienable rights’, is not acceptable.

“Nor is it right for them to extort the government, holding the children to ransom, in order to achieve their unreasonable and excessive demands.”

Our View: Unions are defending the right to be paid not to teach