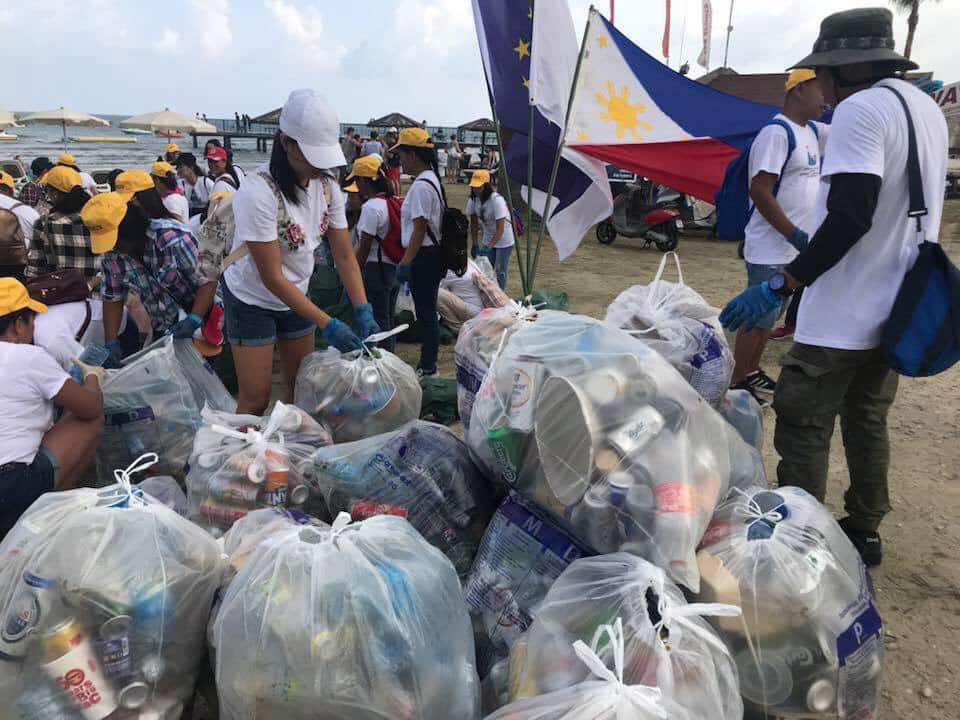 Members of the Filippino community taking part in the rubbish collection

Around 130 volunteers from the Filippino community in Cyprus recently organised a clean-up of Finikoudes beach in Larnaca to mark the International Coastal Cleanup Day (ICCD) and raise awareness against the use of plastic, observed this year on September 15.

Members of the Overseas Filipino Workers (OFWs) and the Filipino Community in Cyprus came together to display an example of their unique custom of Bayanihan, the “spirit of communal unity effort to achieve a particular objective,” the community said in an announcement.

The Philippines, according to Ray O.Bayson, volunteer leader of the Filipino community in Cyprus, have been regularly placed on the top five countries with most ICCD participants with the country ranking second in 2015.

“International Coastal Cleanup Day is the world largest volunteer day to protect our environment,” Bayson said, as according to the World Economic Forum, by 2050 there could be more plastic than fish. “That’s why by beach cleanups, we can reduce litter, protect our ocean and raise awareness about litter and plastic pollution.”

The group expressed their gratitude to the volunteers within the Filipino community who responded to the call.