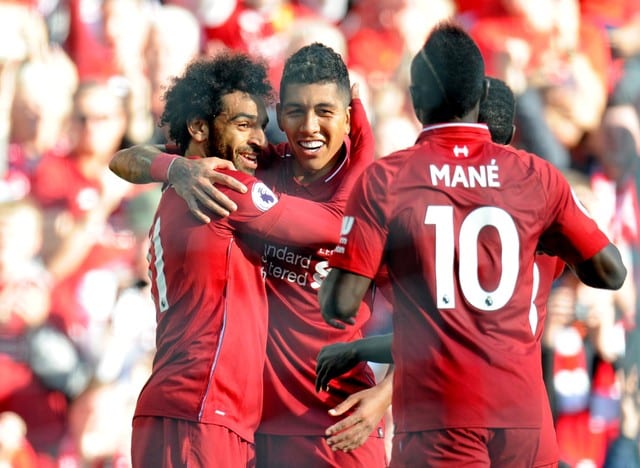 Liverpool, who reached the Champions League final last season, have continued the momentum into the new campaign, topping the table with four wins from four, scoring nine goals and conceding one

Liverpool will not have happy memories of their last visit to Wembley Stadium and will head south with a point to prove against Tottenham Hotspur on Saturday.

Eleven months ago Juergen Klopp’s side were swept aside 4-1 by a rampant Tottenham leading to a bout of navel-gazing that, as it transpired, helped transform Liverpool’s season.

The defensive lapses that undermined them that day were soon eradicated, the goals began to flow and with the addition of central defender Virgil van Dijk from Southampton in January, Liverpool became a force to be reckoned with.

The damage had already been done though and, just like every other contender, they never got anywhere near a Manchester City side that strolled to the Premier League title.

They did reach the Champions League final and have continued the momentum into the new campaign, topping the table with four wins from four, scoring nine goals and conceding one.

Tottenham began with three wins but slipped up in their last game before the international break, losing 2-1 at Watford who are surprise joint-leaders.

Early in the season it may be, but the lunchtime clash will offer a pointer as to which club can push on and make a credible challenge to a City side who host Fulham.

Tottenham’s starting line-up will be similar to the one that started last year’s fixture after the London club bucked the trend by spending nothing in the transfer window.

Liverpool, on the other hand, splashed out in the region of 160 million pounds on the likes of Naby Keita, versatile Brazilian Fabinho, Brazil keeper Alisson and Swiss playmaker Xherdan Shaqiri from relegated Stoke City.

The Merseysiders have lost only one of their last 11 Premier League meetings against Tottenham but were also frustrated by them in a 2-2 draw at Anfield last season when Harry Kane scored a last-gasp penalty equaliser.

There is an edge between the clubs and Klopp knows three points on Saturday would send out a message of intent.

Defeat for Tottenham in a fixture that was supposed to be the christening of their new stadium will lead to further scrutiny of the decision to trust the same players that have achieved three successive top-three finishes but no silverware.

Watford’s best-ever start to a top-flight season will be put to the test as they take on a Manchester United side without striker Marcus Rashford, who was sent off in their morale-boosting win against Burnley.

Chelsea, who have quietly gone about their business under new manager Maurizio Sarri, are also 100 percent after four games and will relish a home clash against Cardiff City.

While Liverpool’s outlay on new players has, so far, proved beneficial, the same cannot be said of West Ham United.

The London club bolstered their squad with nearly 100 million pounds worth of new signings for incoming manager Manuel Pellegrini, but are pointless after four games.

Things do not get any easier either with West Ham away to Everton on Sunday.

First full fixture list of the season in Cyprus

S&P upgrades Cyprus to BBB-, back to investment grade (Updated)