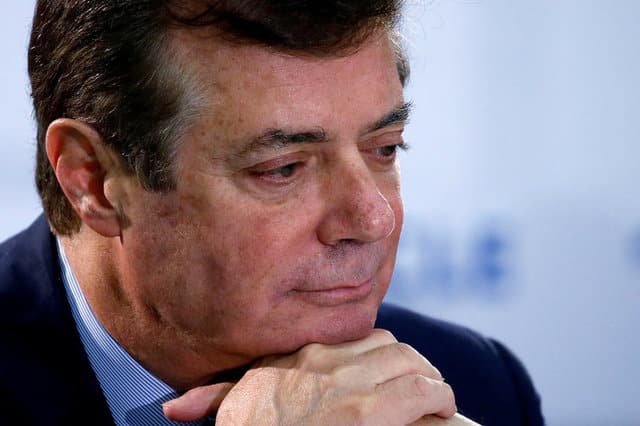 A plea deal by former Trump campaign chairman Paul Manafort to cooperate with US prosecutors in their investigation of Russian interference in the 2016 election suggests he could shed light on unanswered questions revolving around the campaign, legal experts said on Friday.

Manafort’s agreement with Special Counsel Robert Mueller to cooperate “fully, truthfully, completely, and forthrightly” could put to the test US President Donald Trump’s denials of campaign collusion with Russia, lawyers not involved in the case said.

Randall Eliason, a former federal prosecutor and a law professor at George Washington University, said the agreement, which caps at 10 years a sentence which could have been much longer, was a “pretty good deal” that suggested the Mueller team valued Manafort’s cooperation.

Rudy Giuliani, the former New York City mayor who is representing Trump in the Russia probe, told Reuters on Friday that Manafort “knows nothing harmful to the president and the plea is the best evidence of that.” The White House said in a statement that the agreement had “absolutely nothing to do” with the president or his 2016 campaign.

Any light Manafort could shed on that meeting and other episodes could deepen the Mueller probe, legal experts said, increasing the pressure on Trump. The president and his allies have repeatedly called for the investigation to wind down and he describes the probe as a “witch hunt.”

Donald Trump Jr, who organized the meeting with Kremlin-linked Russian lawyer Natalia Veselnitskaya and others, initially said it was mainly to discuss a program on adoptions of Russian children. The president has since acknowledged the meeting was set up to find out damaging information about Clinton but that it was “totally legal and done all the time in politics.”

Moscow rejects the conclusions of US intelligence agencies that it interfered in the election by hacking Democratic Party computer networks and spreading disinformation on social media.

Some legal experts said that if Trump and his advisers knowingly solicited help from Russia, they may have violated campaign finance laws, and a statute that criminalizes conspiracies to impair the functioning of the US government.

Mueller’s investigators might also be looking to Manafort to learn whether the Trump team offered anything to the Russians in exchange for campaign help, said Seth Waxman, a former federal prosecutor.

Manafort’s deal could also prompt other subjects of Mueller’s investigation to cooperate, causing “the proverbial snowball to roll down the hill,” Waxman said.

Other issues Manafort could be questioned about are his longstanding business and personal ties with Trump ally Roger Stone. Stone’s communications have been a subject of the Mueller investigation, sources familiar with interviews of other Stone associates have said.

Manafort oversaw the 2016 Republican National Convention in which the party’s platform on Ukraine was altered in a way that made it more in line with Russian interests. Manafort represented pro-Russian politicians in Ukraine before his stint on the Trump campaign.

The structure of Manafort’s plea deal limits the effectiveness of any Trump pardon, said Jed Shugerman, a law professor at Fordham University. Manafort admitted to conduct chargeable as state crimes, to which a presidential pardon do not apply.

Manafort refused for months to assist Mueller’s inquiry before admitting guilt to criminal charges that he concealed money from tax authorities.

‘Brothers and sisters’ of the Mafia, repent, says pope