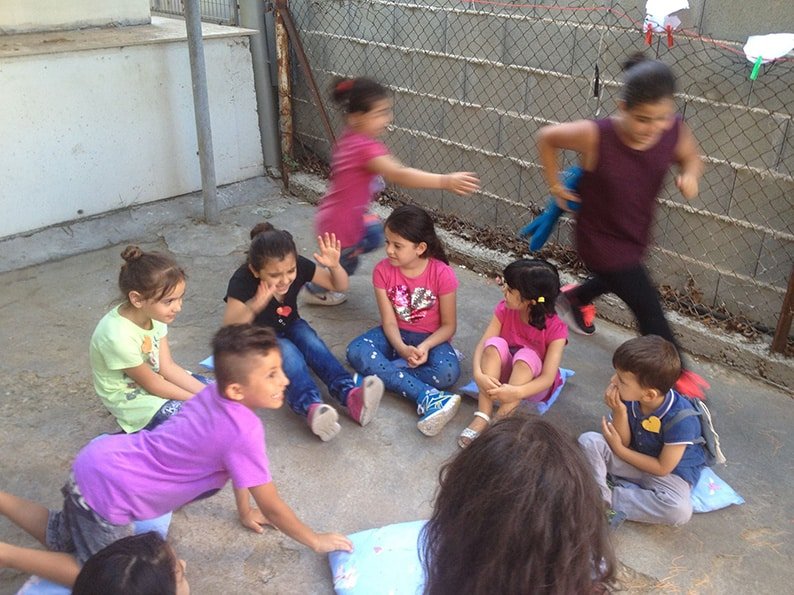 Syrian refugees in Paphos are not yet sleeping rough in the streets, but numbers are swelling, winter is coming and space to accommodate them is rapidly running out.

No one knows better than Syrian-born Rehab Al Habat the precarious existence facing Syrian refugees who make their way to Cyprus.

Al Habrat, who speaks English and Greek as well as Arabic, has lived in Cyprus for 15 years and volunteers with both the United Nations High Commission for Refugees and Caritas, a charity working with refugees..

“The Arab community rallies around people when they arrive and they open their homes to them,” she said. “This is the only reason that we don’t have Syrians sleeping on the streets in Paphos yet, but space will run out.”

She added that the numbers of Syrian asylum seekers in Paphos have increased dramatically to around one thousand, and that as more boats arrive – often off the Paphos district coast – more make their way to the coastal town.

In the last few weeks alone, more than one hundred people have arrived in the Republic either by boat or through the buffer zone. Cyprus is already hosting around 15,000 who have either been given asylum or have applied for it. Most of them are Syrian.

Compared to the more than a million refugees and migrants that fled to the rest of the EU at the height of the crisis in 2015, Cyprus’ intake may sound small but, according to Eurostat figures, Cyprus now tops the list in asylum applications with over 5,000 per million population. It is followed by Greece and Italy.

One Syrian mother (who wished to remain unnamed) recently arrived in Paphos from Turkey with her four children after escaping an Isis attack on her village.

She fled her home with a group of 20 other villagers, travelling mostly at night to evade detection and Isis strongholds, sleeping outdoors, without food or water.

They were spotted and shot at more than once. One of the group was wounded and they had to leave her on the road to her fate. The others were unable to carry her, as they were carrying their children.

The woman carried her toddler in her arms for the long journey into Turkey. Four families stayed together and eventually got a boat, paying smugglers to get across to Cyprus.

They came at night and were made to leave the boat close to the shore near Polis. She was forced to carry her toddler above her head as she attempted to wade ashore with water up to her neck.

But the waves were powerful, and exhausted, she could no longer hold her daughter who was swept away. The infant was saved by the other refugees. Although she survived, she spent three days in hospital recovering from near drowning.

“The mother and children are now in Paphos and she has claimed asylum but are having a terrible time. We are helping as much as we can,” Wendy Burdon, head of Caritas Paphos, which offers a food programme and help to refugees, told the Sunday Mail.

The centre is meant to provide temporary accommodation and provision of reception facilities to asylum seekers for an initial period until asylum seekers gain access to the rights provided under EU regulations: housing, work and welfare benefits.

However, there are many long-term asylum seekers in the centre.

Petrides added the state would fast-track unfounded asylum applications in a month and draft a national list of safe third countries. The government will also cut the time asylum seekers need to wait in order to work from six months to one, and the sectors in which asylum seekers can be employed will be expanded.

In the meantime, many Syrian refugees are making their way to Paphos, believing that prices are cheaper and that a job, money and accommodation awaits.

“They are given hope that we can help with money and accommodation, but we can’t,” Al Habrat said. “Often the authorities make it difficult for them to get the money they are entitled to and they have to fight for it. It’s not easy.”

Volunteers in Paphos are right to worry. According to Gosia Chrysanthou, the coordinator of the Nicosia Migrant Centre, the answer is ‘another Kofinou’. Some refugees in the capital have nowhere to stay and are sleeping rough.

“This is the reality, and we are very worried what will happen as winter is approaching. A hotel could be rented to accommodate them for example, this is what we are hoping for,” she said.

An immigration department official, who spoke on condition of anonymity, told the Sunday Mail that Cyprus faces a very difficult and sensitive situation.

“We are just not prepared for the influx of refugees arriving.”

He said that more should be done to train staff on how to treat refugees face to face, and whilst some have a sympathetic approach, others are dismissive and sometimes rude.

“They (refugees) are human beings and should be treated as such. This could be any of us and in our not so distant history, we have conflict of our own,” he said.

According to the European Commission, before a person can receive asylum, he/she must be recognised as a refugee or as a beneficiary of subsidiary protection. The relevant directive aims to ensure that people fleeing persecution, wars and torture are treated fairly, in a uniform manner throughout the EU.

Burdon said that often Syrian refugee families will telephone from the bus station in Paphos where they have arrived from Nicosia, asking for help.

“The rents are beyond their means, the money they get is not enough to cover their needs and takes a long time to come and coupons don’t go far,” she said. “We can help with food, clothing and donated household goods, but not money, accommodation or finding them jobs.”

Chrysanthou explained that refugees are entitled to immediate material reception conditions which include accommodation, food clothing and medical care. These are offered as a ‘package’ at Kofinou where they are the responsibility of the interior ministry and the asylum services.

But as the centre has become full, Syrian refugees leave the centre and in effect become ‘homeless’, she explained.

The responsible ministry then becomes the ministry of labour and the social welfare department.

“They are then supposed to be given food coupons, a small allowance to cover electricity and water and a rent allowance.”

A family of four or more – the same figures apply to very large families – receive 375 euros for food, 200 euros for rent and 160 euros for other expenses.

“The process is complicated for the refugees with a lot of bureaucracy and red tape getting in the way. They have to make their way to find the relevant offices, with no language or money.”

At present, until refugees have a letter from the immigration department confirming their international protection status, they are not entitled to anything and cannot exercise any rights, she said. In some cities, this can take some time, particularly in Nicosia, and in the mean time they are left in limbo.

Chrysanthou added that there is also a difference in the way procedures are followed in different towns. For example, refugees in Paphos do not receive any emergency money.

The food coupons given to refugees are particularly controversial. They are only valid for a period of time, only handed out at certain times during the month, often delayed and can only be used at two or three shops in each town where prices are inflated, she said.

“For example, toothpaste that is on sale at a budget supermarket for one euro will cost refugees around 4.50 euros. They are being exploited and there is a way to solve this for the refugees and also to make it easier for the social welfare department.”

In other countries, refugees are given cash cards which can be topped up.

“These allow them to spend the money how they wish and gives them back their dignity too.”