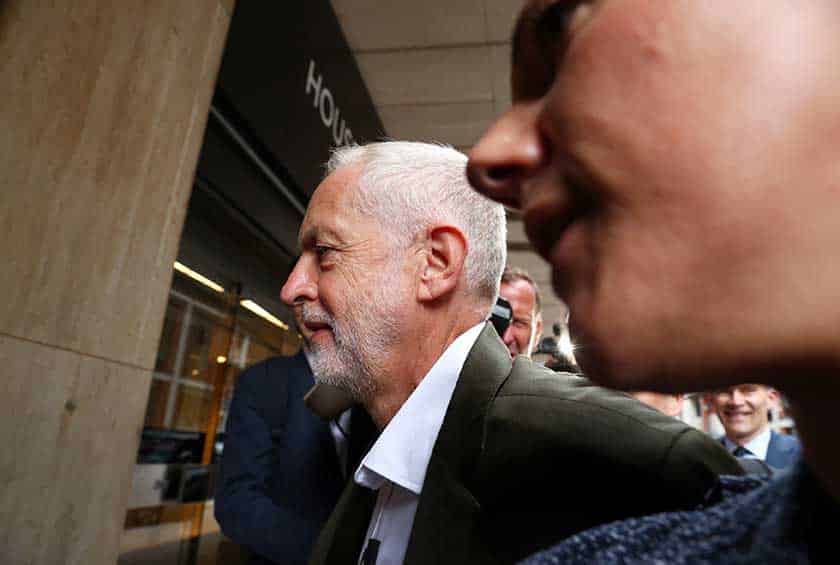 It’s been a long, hot summer for the Labour Party in England as it struggled with allegations of antisemitism. The source of the problem was its reluctance to adopt examples of antisemitism contained in the International Holocaust Remembrance Alliance definition.

The reason for its reluctance was lest it impeded its freedom to criticise Israeli policy on Palestine. The problem is familiar when the right of free speech and the right to freedom from hateful discrimination clash. A similar problem came to the fore recently in Cyprus after publication of a voluntary glossary for journalists proposed by the Organisation for Cooperation and Security in Europe.

It was condemned by some Greek Cypriot journalists as contrary to free speech and a rewriting of history. But all it did was to identify a number of words that cause offence and suggest alternatives more conducive to improving community relations.

Decorum and civilised discourse are not inconsistent with freedom of speech. Besides freedom of expression is a qualified right: as a judge once remarked ‘you are not free to shout fire in a crowded theatre unless there is a fire.’

Anyway under human rights law a voluntary glossary of words for journalists cannot amount to an interference with the right of freedom of expression because journalists remain free not to adopt the alternatives proposed in the glossary.

The debate on antisemitism in the Labour Party was also about a voluntary glossary – this time of examples identified by the Holocaust Alliance as antisemitic. The clash was between freedom to criticise Israeli policy on Palestine on the one hand and antisemitism on the other. During the debate the Labour leader was branded a racist antisemite by the Israeli government and some members of the Jewish community, while people in-the-know have a diametrically opposite opinion of him. Jeremy Corbyn spent all his political life fighting racism and, with every respect to the former Chief Rabbi Lord Sachs, does not have an antisemitic bone in his body.

Antisemitism is defined as ‘a certain perception of Jews expressed as hatred toward Jews’ and includes the ‘targeting of the state of Israel, conceived as a Jewish collectivity’.

The definition is not felicitously drafted. What it means is an attitude that is hateful to Jewish people either directly or indirectly under cover of criticism of Israel as the representative of Jewish people.

The examples accompanying the definition make it clear, however, that ‘criticism of Israel similar to that levelled against any other country’ is not antisemitic. This should have satisfied the pro-Palestinian left in the Labour Party, but it didn’t. This does not make the left antisemitic but leftist and as we all know leftists suffer from an affliction known as infantile disorder syndrome.

The Labour leadership, however, should have been smart enough to grasp immediately that it was necessary for all the examples accompanying the definition of antisemitism by the Holocaust Alliance to be adopted because the definition without the examples was bland and inefficacious.

Examples of conduct such as ‘making mendacious, dehumanising, demonising, or stereotypical allegations about Jews or the power of Jews as a collective – especially the myth about a world Jewish conspiracy or of Jews controlling the media, economy, government or other institutions’ need to be exposed as antisemitic because they are still prevalent.

‘Denying the fact, scope, mechanisms (e.g. gas chambers) or intentionality of the genocide of the Jewish people at the hands of the Nazis during World War II’ flies in the face of overwhelming evidence and needs to be highlighted and condemned as it is particularly offensive to survivors and their families.

‘Accusing the Jews as a people, or Israel as a state, of inventing or exaggerating the Holocaust’ is insidiously antisemitic because there is no room either to invent or exaggerate the industrial extermination of the Jewish people, yet the accusation is made and believed.

‘Accusing Jewish citizens of being more loyal to Israel, or to the alleged priorities of Jews worldwide, than to the interests of their own nations’ is hypocritical and antisemitic. British Indians, Irish Americans and African Americans as well as British Cypriots and Greek Americans are all free to be loyal to their ancestral origins. Why should Jewish people be expected to feel any different?

So it is important for people to be made aware that ‘denying Jewish people their right to self-determination’ is discriminatory and antisemitic. On the other hand if a right-wing ultra nationalist government in Israel passes a law that only Jewish people in Israel have the right to self-determination, it is not antisemitic to condemn it as racist.

‘Drawing comparisons of contemporary Israeli policy to that of the Nazis’ is very prevalent and can be antisemitic depending on the nature of the comparison and the motive of the person making it.

It is as well to remember that the Nazis engaged in the industrial extermination of the Jewish race which was uniquely barbaric. So one needs to be very careful about comparing Israeli policies to those of the Nazis.

However, the Nazis also committed other crimes more typical of ultra nationalist regimes. For example it was their practice to inflict collective punishment on whole communities; so when Hitler’s heir apparent, Reinhard Heydrich, was killed by the British in Czechoslovakia they lined up and shot all the men over 16 in two nearby villages.

Thus if the Israeli authorities engage in wholly disproportionate revenge operations it is not antisemitic to make a comparison with the disproportionate collective punishment inflicted by the Nazi regime any more than it would be anti-American or anti-British to draw a comparison between their burning of Dresden and what the Nazis did over London during the blitz.

As the Holocaust Alliance makes clear invoking Nazi comparisons is not antisemitic if one would make the same criticism against other countries.

But it is important for the millennials in the Labour Party in particular to be made aware that ‘holding Jewish people collectively responsible for actions of the state of Israel’ is antisemitic. It is not, however, antisemitic to be pro-Palestinian or for Jeremy Corbyn and members of the Labour Party to criticise the present Israeli government’s treatment of the Palestinians.

Tony Blair was so pro-Israeli that when he was appointed peace envoy to the Middle East a witty journalist remarked that it was ‘like appointing a mosquito to cure malaria’. Yet he was Labour prime minister for 10 years and despite his failure to criticise Israel for bombing Lebanon in 2006 no one branded him anti-Arab.

I used to be pro-Israeli myself until the six-day war in 1967. I went to Israel in 1968 and I did not like the attitude of some Israelis and some Jewish people from New York towards the Palestinian Arabs in Jerusalem.

I still believe that the creation of the state of Israel as a Jewish homeland should have been welcomed with classic Arab generosity rather than animosity; and that it was a category error not to make Israel a friend in the region. That said, the creation of the greater Israel of today is borne more of greed and conquest than self-protection and return, and it is not antisemitic to say so.

People and power before and after Brexit

The Estia scheme is not fit for purpose