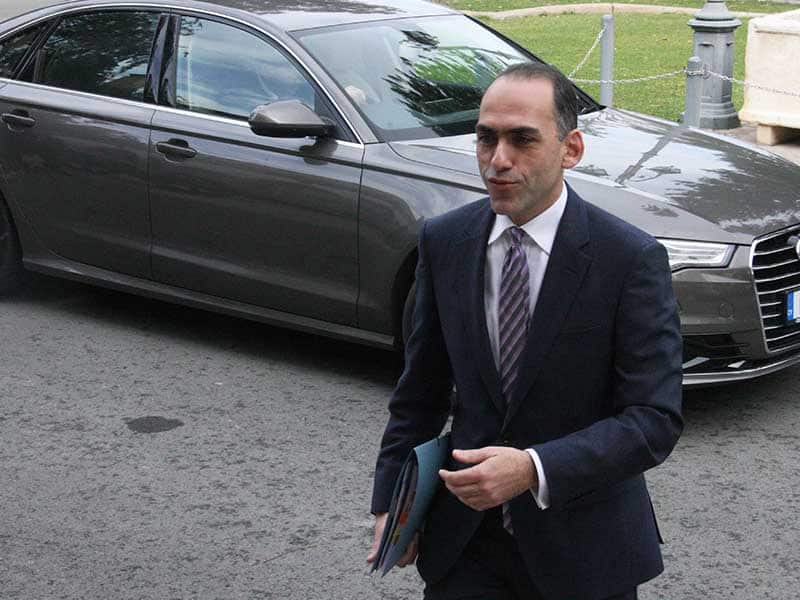 The government aims to capitalise Friday’s upgrade of its sovereign rating to investment grade by Standards & Poor’s with the issue a €1bn 10-year bond, the Public Debt Management Office (PDMO) said on Monday.

The government has already “appointed Barclays, JP Morgan, Morgan Standley and Societé Generale as underwriters for a possible issue of a European Medium-Term Note (EMTN) in the near future euro bond subject to market conditions,” the PDMO said.

The PDMO has also outlined that the government’s annual funding plan provides for €1bn in financing via the issue of EMTNs.

Hours earlier, Finance Minister Harris Georgiades said the PDMO was waiting a go-ahead signal from the underwriters before going ahead with the issue.

“The aim is to manage the refinancing of existing debt,” Georgiades said on state broadcaster CyBC. “The aim should be for every new loan to be at a lower rate compared to the previous”.

The minister said that with the new debt issue, the government was “not aiming at covering deficits” as it was producing a surplus.

Last year, the government generated a fiscal surplus of 1.8 per cent of economic output compared to a surplus of 0.3 per cent in 2016. In the first seven months of the year, it generated a €514.7m surplus on a cash basis and is projected to post a 3 per cent surplus this year and in 2019.

This year’s projected surplus does not include €3.2bn – or 15 per cent of gross domestic product – in government bonds issued in favour of the Cyprus Cooperative Bank as part of the government’s support to the state-owned and government-run lender which saw its equity wiped out after it failed to take decisive action to reduce its non-performing loans stock. Hellenic Bank agreed to acquire the Co-op’s healthy operations in June leaving the legacy Co-op with a €7bn mountain of non-performing loans to collect.

While the removal of the Co-op’s delinquent loans from the banking system, which coincided with the sale of €2.8bn in non-performing loans by Bank of Cyprus, will proportionally reduce non-performing loans in the system (which stood in May at almost €20bn or 43 per cent of the total), the private sector’s indebtedness level remains close to two-and-a-half times the size of economic output. On top, public debt rose again as a result of the government’s support to the Co-op to 104 per cent of gross domestic product this year.

The Cypriot economy which emerged in 2015 from a prolonged recession, expanded an upwards revised 4.2 per cent last year compared to an also upwards revised 4.8 per cent the year before and is projected to grow this year 4 per cent.

Standard & Poor’s, which on Friday upgraded the island to BBB-, warned that the Cypriot economy was increasingly concentrating on tourism and construction. The output of the construction sector rose last year 27 per cent compared to 17 per cent in 2016.

The tourism industry which saw arrivals last year rise 15 per cent to 3,652,073 benefited from a 12 per cent increase in revenue to €2.6bn, compared to an increase of 20 per cent and also 12 per cent the year before in arrivals and revenue respectively.

Georgiades said that the S&P upgrade also sent a message to investors both at home and abroad and it would help create more jobs, help the economy “function better,” and help improve the entire population’s standard of living.

Economist Marios Zachariadis, also speaking to CyBC, said while the economy remained exposed to the “ups-and-downs” of construction, longer-term vision was necessary to encourage economic activity in other sectors, including education, healthcare and other services activities with better prospects.

While the upgrade will improve the liquidity of banks as well as the safety of deposits, which will benefit society overall, there are groups in the population which have more bargaining power than others, he warned.

What to look out for in the Champions League this season