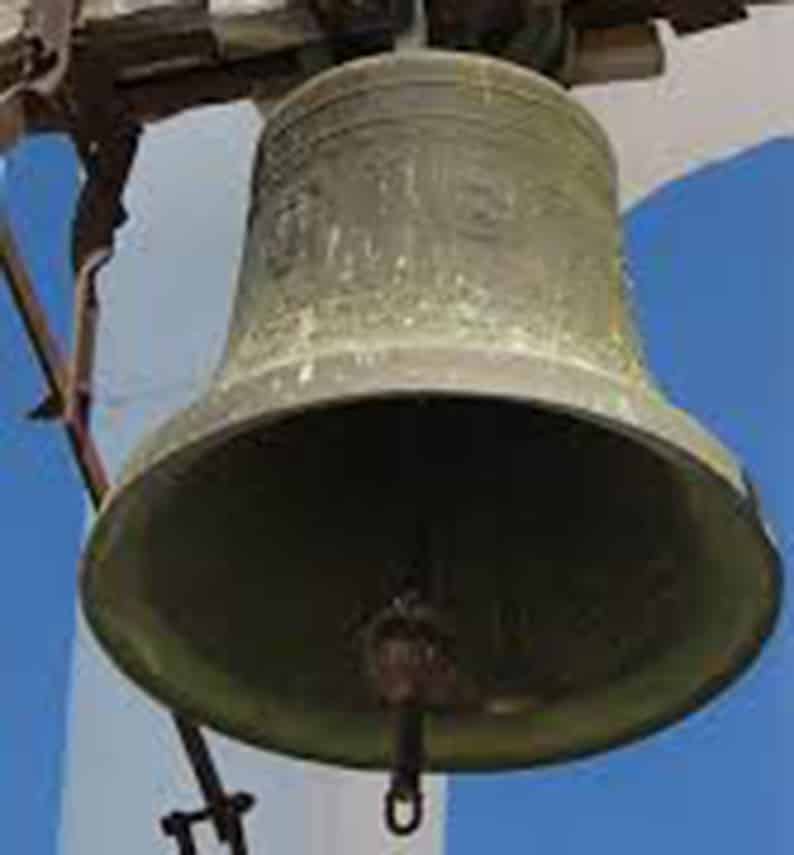 A church bell that was stolen from a church in Fyllia in the north of Cyprus was found in a house in Morphou, according to Turkish Cypriot media.

The church bell is estimated to cost around €150,000 and was taken from the church on August 24.

Police arrested two suspects for the theft, and it is reported that the two were planning on selling the bell to an individual in the south for the sum of €50,000.

The two men are accused of illegal ownership and theft of archaeological artefacts and the ‘court’ has remanded them for a period of three days.

More than 30 traffic deaths so far this year (Updated)

Punk rocker to take Yurts in