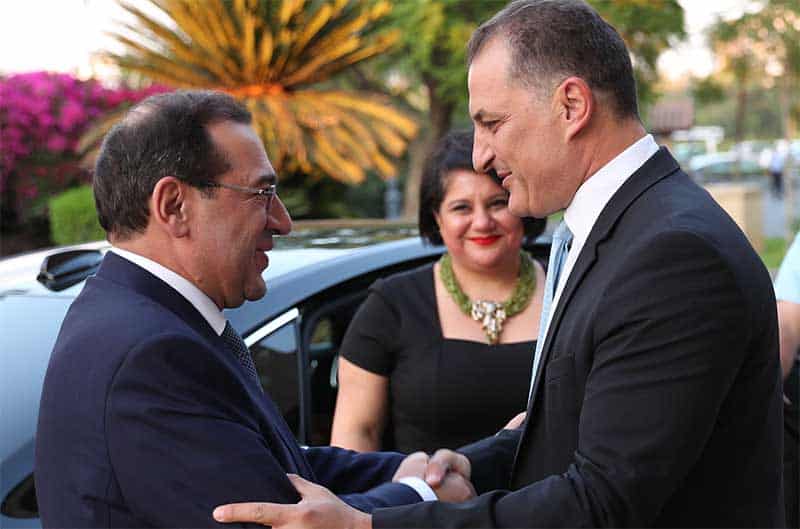 Cyprus and Egypt will sign an agreement for an underwater natural gas pipeline on Wednesday, set to be the first of its type for the region, Energy Minister Yiorgos Lakkotrypis said on Tuesday.

Lakkotrypis and his Egyptian counterpart Tarek el Mollahad held a meeting in the evening with President Nicos Anastasiades, where they informed him about the negotiations regarding the bilateral pipeline agreement.

A representative from the European Council will also be present at the signing ceremony to be held on Wednesday.

Following the meeting, the president said in a tweet that the agreement for the transfer of natural gas from the Aphrodite field in Cyprus’ exclusive economic zone “is an important milestone” for the field’s exploitation.

“We are looking toward the establishment of a dedicated corridor that will consist of different infrastructures to supply gas to the EU from the Eastern Mediterranean,” Anastasiades tweeted.

Asked by the Cyprus News Agency earlier in the day how Cyprus views the agreement due to be signed considering that Egypt has already signed 63 agreements, the president said it is important for both countries, “and especially Cyprus as it will be the first trade agreement to be signed.”

In August it was reported the deal had been reached between Cairo and Nicosia and that the agreement was already given the green light by the EU and it was being scrutinised for the final touches.

President Anastasiades added that soon a coordinating office would be established in Cyprus to handle trilateral agreements the island has signed with Greece and other countries in the Middle East.

According to the president, the office for the trilateral relationship Cyprus has built with Greece and Israel would be established soon, while he did not elaborate on an office between the two countries and Egypt, with whom they have a trilateral agreement, as he said it depend on the results of the next meeting between the three in Crete set for October 10.

Earlier this year, Cyprus was met with Turkish provocations in its EEZ, when Ankara’s naval vessels blocked research to be conducted by Italian energy giant ENI in block 3 of the island’s EEZ.

Asked about how Nicosia will deal with potential new provocations by Turkey in the EEZ, Anastasiades said Cyprus has the positive support of the countries in which the companies work, saying that it is well-known that one is American, and the other two companies are from European partners, France and Italy.

Regarding the EastMed pipeline, Anastasiades said that the EU has given €34 million for the project, and that a study was underway on the project’s sustainability.

“However, it seems that Israel, Egypt, Greece, Italy, and of course Cyprus are decided on moving forward [with the project],” he said.

Asked about Exxon Mobil’s arrival in Cyprus, the President said that the company is expected to arrive within the next two months or by the end of the year.