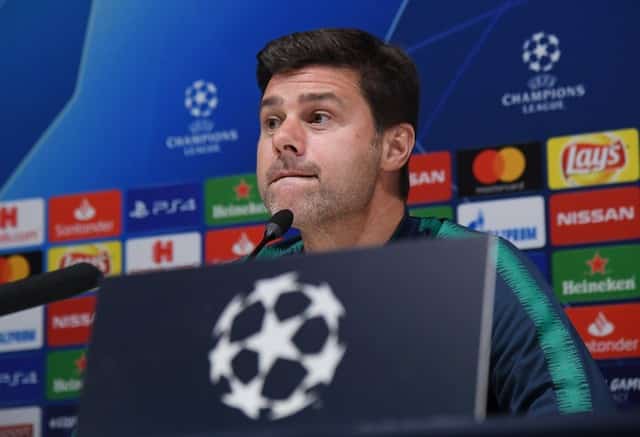 Tottenham Hotspur will be without five players for their Champions League opener at Inter Milan, with Hugo Lloris, Dele Alli and Moussa Sissoko injured plus Toby Alderweireld and Kieran Trippier left at home for technical reasons.

Goalkeeper and captain Lloris has a thigh injury while midfielders Alli and Sissoko have hamstring problems that saw them miss Saturday’s 2-1 Premier League home loss to Liverpool.

Spurs manager Mauricio Pochettino told reporters on Monday that defenders Alderweireld and Trippier had also stayed behind in London and added that he was being forced to rest players early in the season because of the World Cup.

“We still have out Hugo Lloris, Dele Alli and Moussa Sissoko. They are in London,” Pochettino said. “Then a technical decision in London – Toby Alderweireld and Kieran Trippier.”

The absence of Alli and especially Lloris against Liverpool had an discernable impact, with errors from stand-in keeper Michel Vorm contributing to both Liverpool goals.

Alli’s team mate Harry Kane said after the match that Tottenham had failed to control the game and gave the ball away too many times en route to a second successive domestic defeat.

Alderweireld and Trippier both played against Liverpool but Pochettino said the decision to leave them out of the squad for the Inter game was not a punishment for their displays.

“It’s a technical decision. You can look it up in the dictionary,” the Argentine said.

“You are clever enough to understand that… I never punish players. The plan is to leave them there and use different players tomorrow. There’s nothing in behind it.

“We have ahead of a lot of games. We came from difficult circumstances with the World Cup. We have a plan to give different players a rest in all competitions.”

Kane’s performances have also drawn criticism, with several British media outlets speculating that the England striker is showing signs of fatigue after the World Cup in Russia.

But Pochettino said the team’s struggles in their back-to-back league defeats by Watford and Liverpool was more down to a failure of the collective than individual performances.

“I’m not concerned,” he added. “The reason is not tired or not tired, can rest or not rest. It’s a collective problem, not only one player. I think Harry is an easy target when he doesn’t score.

“He has done a lot for the team in the last four years. It’s easy to blame Harry.”

Spurs have been drawn in a tough Champions League Group B, which also includes Barcelona and PSV Eindhoven.