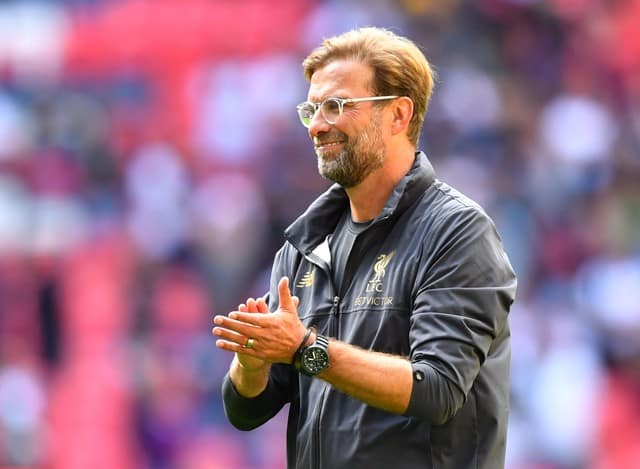 However, he accepts his side will have to be “virgins” when the campaign restarts at home to Paris St Germain.

A thrilling run to the final in Kiev saw the Reds lose 3-1 to Real Madrid after suffering the blow of losing Mohamed Salah, in record goal-scoring form, to injury early in the first half and then goalkeeper Loris Karius making two huge errors.

But despite the heartbreak in Ukraine, Klopp feels they are in an even better place as a result.

“No damage. No, absolutely not,” he said.

“I think we got a lot of respect because of the way we played last season and I think everyone who saw the final saw that we could have won it against a side in a completely different moment.

“They see the games we played. They saw City, they saw Rome, they saw Porto. They saw so many games which we played in a really good way. There was a lot of respect.

“It is a nice experience, it is a nice memory, but pretty sure it will help us in the moment, all that stuff, but at the end we have to start new – using the experience but not relying on it.

“The best way is when you are experienced you use your new knowledge and start again like a virgin if you want. Like a virgin…!”

The manner of Liverpool’s progress to the final, sweeping aside Manchester City in the last eight and Roma in the semis, and rattling in the goals, earned them plenty of plaudits.

It also helped enhance the club’s reputation and that paid off when it came to securing their top transfer targets this summer.

“The players we spoke to in the summer or a little earlier, they were different talks to those I had the previous year or before.

“In the moment, it is a different club to the club I joined when I came in.

“I don’t think there is any game in the world where you would say beforehand, ‘No chance Liverpool,’ which is good.”

Having ended last season playing the European champions they begin their Champions League campaign against another of the heavyweights.

Liverpool’s front three of Salah, Roberto Firmino and Sadio Mane and PSG’s Neymar, Kylian Mbappe and Edinson Cavani have amassed 199 goals between them since the start of last season.

The Reds trio are only one behind their continental counterparts on 99 but Klopp is aware of the quality his players will face at Anfield.

“They are good, really good, not only for Paris, but Kylian Mbappe, come on, what a World Cup he played.

“And Neymar we all know about his quality. (Angel) Di Maria, maybe he didn’t have the best time at Man United but all the rest of his career was outstanding. Cavani, also an outstanding goal-scorer.

“In the preparation I have to make sure that we know about it. I know we are quite good but we have to respect them without getting afraid of them.”