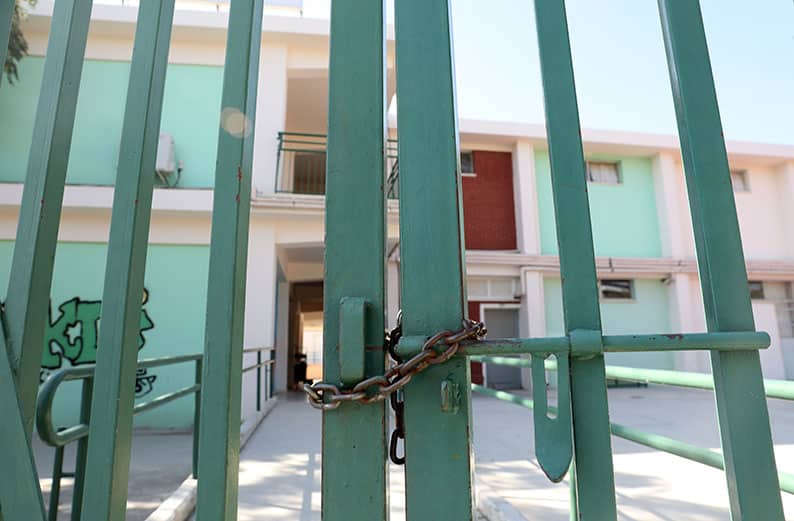 All state schools remained closed on Tuesday as teachers went on a 48-hour strike over their disagreement with the government on measures aiming at the streamlining of public education.

Education Minister, Costas Hambiaouris, expressed his hope that the 48-hour strike  would be the catalyst for change in public education.  Speaking to the media, the minister expressed his sorrow for the strike but said that this could lead to something positive.

Hambiaouris said that some teachers did not participate in the strike and went to work. He did not say how many.

He called on teachers’ unions to return to the dialogue and to accept the document agreed with the inter-ministerial committee for education so that dialogue can start. The committee, appointed by the cabinet consists of the education, agriculture and labour ministers and is tasked with addressing the crisis sparked by the government’s decision last July to slash some of the teaching exemption benefits of state teachers.

Agriculture minister and former education minister, Costas Kadis, said that they are ready to discuss proposals put forward by the unions but which are within the framework set by the government.

They also said among other things that the government decisions concerning abolishing or reducing teaching exemption hours for extracurricular activities and due to seniority, would lead 200 educators to unemployment.

Unions said the intervention of the House President could help resolve the whole matter.

All three teaching unions decided to go on strike last week because the government rejected additional demands made after an agreement between the unions and the ministerial committee had been reached. The two-month dispute concerns the decision by the government to slash some of the teaching exemption benefits of state educators in a bid to save funds to be used for other needs in public education.

The bone of contention is the credit system the government had proposed earlier in the month that it hoped could lead to an interim deal to be in force until the end of the year.

South Africa court grants approval to private use of cannabis