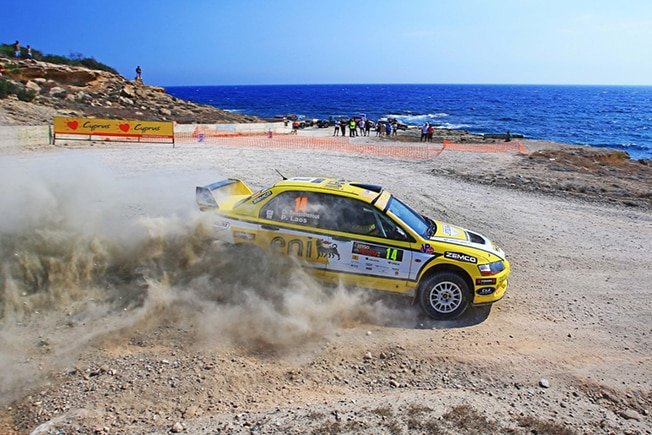 Organisers of the Cyprus Rally on Tuesday said the maps they used for the routes and special stages of the event are those used internationally after they were put on the spot for including the unauthorised Turkish names for some areas in the north.

The issue was raised by the Greens’ MP Giorgos Perdikis, who asked Interior Minister Constantinos Petrides whether he was planning on taking any measures against the organisers of the Rally for using such maps, given that the event in question is sponsored by the Cyprus Tourism Organisation and shown by state broadcaster CyBC.

The use of geographical names not registered by the Republic of Cyprus is an offence, Perdikis said in his written question to the minister.

In response, Petrides said that indeed on some of the maps found on the Cyprus Rally website the names of some communities and municipalities in the occupied areas appear with both their Greek and “illegal” names.

The authority responsible however for the application of the law in question is the minister of education, Petrides said.

The Cyprus Automobile Association (CAA), which organises the rally, said the designation on the map of the special routes is done by a special office abroad, which is approved by the International Automobile Federation (FIA).

“The maps used by the office in question are the international maps of the country (Cyprus) as they are mapped on Google Earth,” the CAA said in a written statement.

The association said it was taken aback by “the predisposition of some to question the seriousness and commitment of the organisers to serve the interests of our country and consequently to tarnish the event.”

Based on existing legislation, violating the law concerning geographical names of the Republic is a criminal offence with up to three years imprisonment and or up to €50,000 fine and all documents are subject to confiscation and destruction.

TOYOTA Triumph in the Rally Turkey

‘New failure in Cyprus talks would change basis of dialogue’