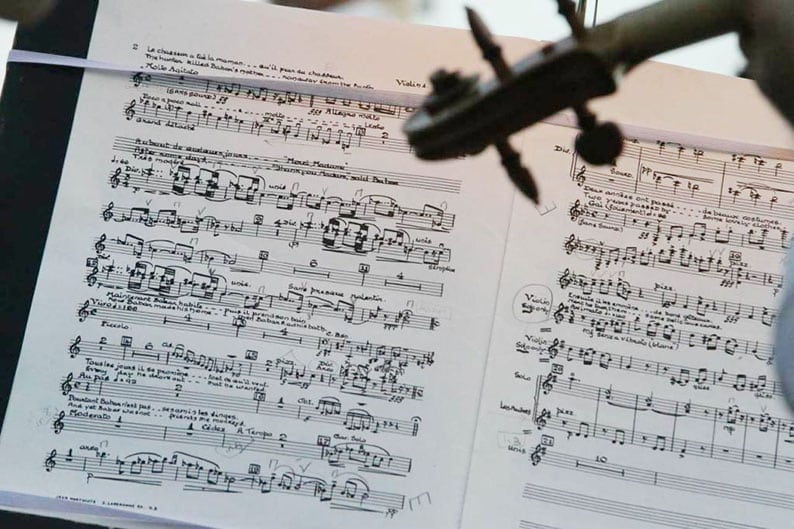 The musicians from the state symphony orchestra who found themselves on the spot last week for their intended participation in a music festival in the north, withdrew their participation stating they were not aware it was under the auspices of the Turkish Cypriot ‘presidency’, it emerged on Wednesday.

A number of MPs asked for action by the government after musicians from the Cyprus Symphony Orchestra (CySO), including artistic director, Jens Georg Bachmann, and orchestra leader, Wolfgang Schroeder, were to perform at the 16th international music festival organised in the north between September 21 and November 16.

Some MPs had even asked for their dismissal, despite the fact the musicians would perform on their own time, because the festival was taking place under the auspices of the ‘presidency’ and a number of ‘ministries’ in the north, maintaining that it was unacceptable as they work at a state-owned orchestra and were being paid by the taxpayer.

Edek MP, Costis Efstathiou, who had raised the issue at the House watchdog committee last week, had also frowned upon the fact that the performances would take place at Bellapais Abbey, where civilians and prisoners of war were slaughtered in 1974.

The musicians – who were reportedly reprimanded by the board of the CySO this week for not asking for permission to participate in the event – said they withdrew their participation as they had no idea it was under the auspices of the breakaway regime.

According to the festival programme – the two top orchestra members were scheduled to perform in October and another group, also members of the CySO– the Papageorgio String Quartet with soloist Nicos Pittas – were to perform in November.

Constantin Papageorgio of the bicommunal Papageorgio String Quartet, told the Cyprus Mail that even though they had initially expressed interest in the festival, their participation was announced before the group had finalised it. He added they had pulled out before the issue was raised in parliament last week.

Papageorgio, along with the Turkish Cypriot member of the quartet, Gurhan Nuray, were among the winning teams last year of the Stelios Bi-Communal Awards in the category of arts.

“We are a bicommunal group, we have performed in both sides and we will continue to do so,” Papageorgio said.

He added they also performed at the Presidential Palace, but never at an event organised by authorities in the north.

Efstathiou changed his stance after Schroeder contacted him reassuring him he would not be participating at the festival.

“He told me had been invited to participate but that his participation was announced before giving his final answer,” Efstathiou told the Cyprus Mail.

In an announcement in his social media account, Efstathiou congratulated Schroeder for his decision not to participate “in the festival of shame at the Abbey of Bellapais.”

“He told me that he had no idea that innocent people had been slain in 1974 at Bellapais Abbey,” Efstathiou told the Cyprus Mail.

“Mr Wolfgang explained to me that he had indeed received an invitation to which he had not finally responded as whether he would participate or not and that he had been faced with a fait accompli,” Efstathiou said in his Facebook profile.

He also extended “special thanks” to Schroeder “because of his clear statement that his desire is a free Cyprus without dividing lines in a democratic state whose people will not be divided on the basis of ethnic, racial, linguistic criteria and without the Turkish occupation army.”