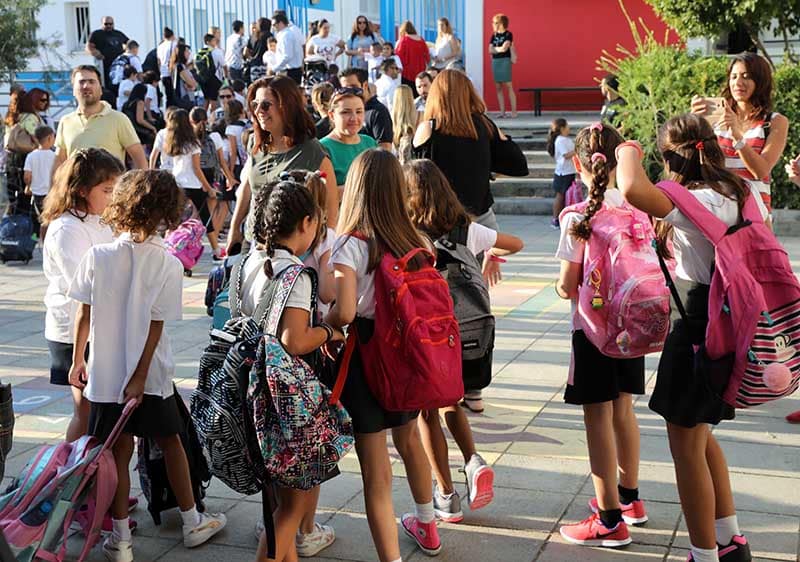 I CAME to realise that teaching is being derailed when I asked a 40-year old teacher, I have a lot of respect for, why the teachers were striking. Her response was disarmingly honest. She said: “I do not know”.

Charis Charalambous, the general-secretary of the Teachers’ Union Poed in his posting on Facebook, responded to the question as follows:

We demand the dialogue that is provided for in the rule-book. We are obliged to react to any government that seeks to impose on working people decisions that have already been taken in their absence.

We have an obligation to protect state schools, when those in government are in the hunt for their destruction.

Those in government have undertaken, under contract, to undermine the dignity and the prestige of teachers. We have a duty to protect our members.

We are asking for a quality upgrade of state schools. We detest big-mouth statements and empty promises. What is needed is change, reform and funding.

The strike we are embarking on is a cry of agony. We wish to stop all the unacceptable actions that are being taken at our expense. We wish to push those in government to solve the real problems confronting education.

A teacher without prestige and recognition is incapable of discharging his/her duties.

These are, according to Mr Charis Charalambous, the reasons that have led teachers to go on strike.

These are boastful, grandiose words that are entirely empty of content as Mr Charis Charalambous would say.

The teachers themselves, acting in a totally unacceptable manner, have succeeded in downgrading a highly respected profession to a vocation that aims at minimising the effort exerted and at maximising the pecuniary benefits derived in the process.

I bluntly ask the teachers and (as they would say) I demand a straight-forward response to the questions posed:

Are we spending annually about €10,000 per pupil, a fact that sets Cyprus amongst the European countries with the highest expenditure on education?

Is the performance of Cyprus pupils the second worst in Europe after Bulgaria, which annually spends only €2,500 per pupil?

If these are the facts, I would have expected a public apology on the part of the teachers. However, instead of the public apology, they have gone on strike, claiming additional paid time for organising union affairs, demanding a further reduction of the already minimum hours worked compared to all the other working people, and pressing for retirement at an age that is generally considered to be the most productive age of a human being.

This unacceptable behaviour has resulted, as the teachers themselves acknowledge, to the downgrading of their dignity and status in society and the transformation of a respected profession into a parasitic money-earning vocation.

There may be a need to remind our teachers that they are not dealing with “any government” but with the government of the country, which has been democratically elected to represent all the citizens of this country and to protect them against the unreasonable demands of sectional interests. Furthermore, there may be a need to remind our teachers that in education there are other stakeholders, who probably have a greater right to the right enjoyed by those employed by the state, to have their views heard and respected. These are the parents of the pupils that are deprived of a decent education, the taxpayers that are called upon to foot the bill of public education and society as a whole, which is deprived of the adequately educated people required to cover its needs.

It follows that the arrogance exhibited by teachers, when they claim an exclusive right on matters of education, against the government, against the pupils’ parents, against the taxpayers, against society as a whole, is totally unjustified and clearly reprehensible.

In closing this article, I will refer to the cover of the current issue of Time magazine, which depicts a lady over the following caption: “I have a postgraduate degree, 16 years of experience, two additional afternoon jobs and I have become a paid blood-donor in order to cover my expenses. I am a teacher in America”. America, for those who do not know, is one of the richest countries in the world and has an education system which, judged by results, is considered to be particularly productive.

I am sure that my comments will displease many Cypriot teachers. However, I hope that, at least, my messages will encourage all those who serve the great teaching profession to think it over. Teachers should have been able to express their views and positions in an articulate manner and not through the incoherent screams they have opted for, which do not befit their profession. Teachers should give lessons in democracy rather than seek to impose their will by blackmail.

Our View: Orchestra slam the usual much ado about nothing