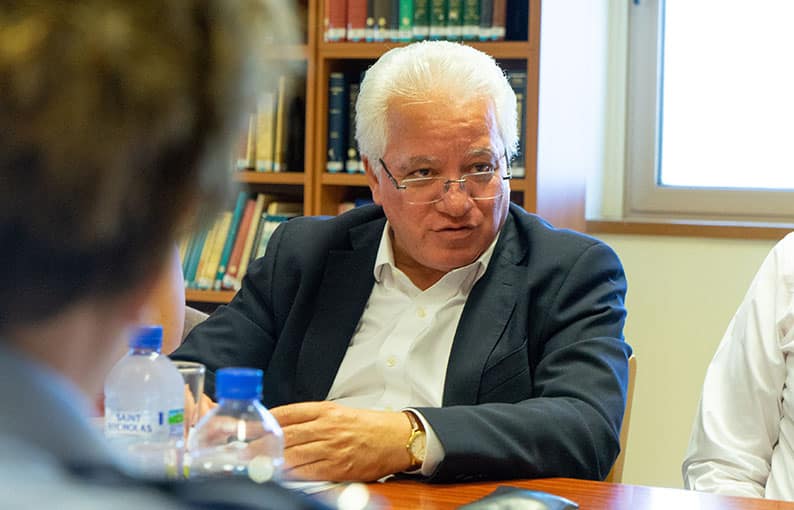 A 14-YEAR-OLD BOY who was left forgotten for almost a month in a state shelter for minors even though allegations by his stepdad that he sexually abused his four-year-old brother were not proven, finally went home on Wednesday following the intervention of the justice minister after the teen wrote a letter to the president asking for help.

The case was reported by daily Politis, which on Wednesday published a two-page letter the teen sent to President Nicos Anastasiades, on Monday asking him to help him and his family who were being abused by his stepfather.

As a result of the abuse, he said, he ended up in a shelter for minors after his stepfather, who filed various allegations against the boy and his mother 45 times, reported the teen for sexually abusing his four-year-old half-brother.

The boy said in his letter he was from Donetsk, Ukraine and his mother met the man who later became his stepfather there and they had a baby in 2013. After war broke out in Donetsk in 2014, he said, the man suggested they move temporarily to Cyprus until things cooled down in Ukraine. On their arrival, the family stayed at the man’s apartment but soon after, he became verbally and physically abusive, the boy said in his letter, both against the mother and him.

“This gentleman used to slap me but was unfortunately also violent against my mother whom he used to beat almost daily in front of me and my brother,” he said.

He added that he with his mother and brother were able to stay at a shelter for abused women for six months in 2016. The teenager also said that his mother had been trying since 2015 to get sole custody of the four-year-old but that “this gentleman has been tormenting her with fake accusations against her and me.”

Despite the fact that all 45 of the man’s reports against them had proven to be lies, the boy said, “no one is helping us to be free of all this torment for four years now, even though they all know the truth.”

He also said that he had to leave his home late at night and go to the children’s shelter around a month ago after the man falsely reported him for sexually abusing his four-year-old brother. He added that although he was promised by authorities that the investigation would be a swift one, “they have forgotten all about me”. He said that police went to take his testimony on Monday, 25 days after he went to the shelter.

The boy said in his letter he was not a criminal and asked the president for help so that he could go back home, to his school work and to live with his family, “a quiet and happy life.”

Justice Minister, Ionas Nicolaou, said that following his intervention, as Anastasiades was abroad on Monday, the family was informed that the boy could leave the shelter.

Speaking to Sigma TV, Nicolaou said that he immediately asked to be informed by the police and asked the competent authorities to let the boy return to his home if there was no reason for him to stay away.

The step-father, he said, no longer lives at the family home.
Nicolaou said that he has also asked the competent services to look into the behaviour of the step-father.

“I asked them to look into the possibility of investigating his behaviour, in cooperation with the Attorney-general, and they reassured me they would,” Nicolaou said.

He also said that the handling of such cases is not a direct responsibility of his ministry.

Hazard left out of Chelsea squad for Europa League opener

Over 3,000 traffic violations clocked in 48 hours