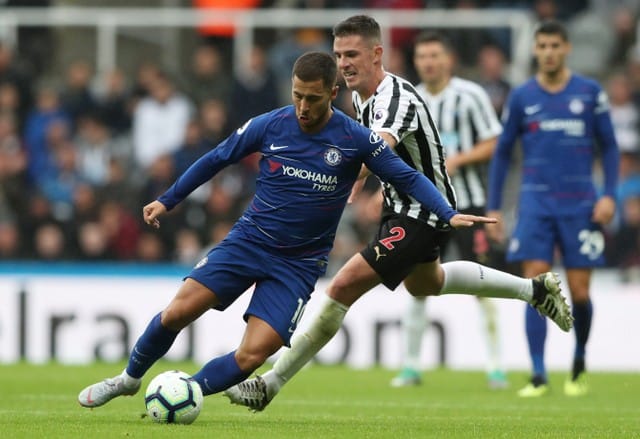 Chelsea playmaker Eden Hazard has not been included in the squad for their Europa League group stage opener at Greek side PAOK on Thursday, the Premier League club said.

The Belgian is among four players left in London by manager Maurizio Sarri along with centre back David Luiz, midfielder Mateo Kovacic and left-back Emerson Palmieri.

Hazard has made a flying start to the season with five goals in as many Premier League appearances, including a hat-trick in his most recent outing against Cardiff City at the weekend.

Sarri’s decision to leave Hazard out of the Europa League Group L match will keep the attacking midfielder fresh for Sunday’s league trip across London to West Ham United.

Chelsea top the Premier League table ahead of Liverpool on goal difference with five wins in their opening five matches.