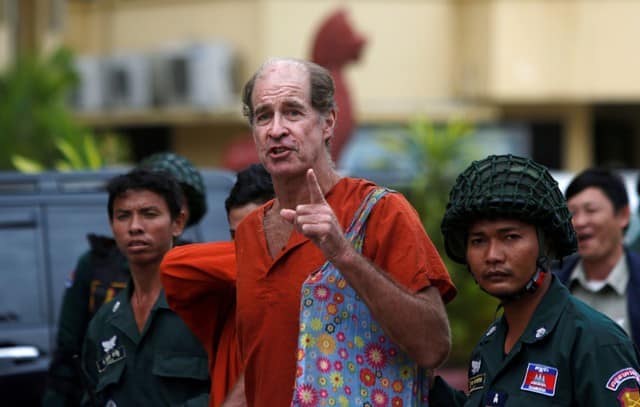 Cambodia has granted a pardon to an Australian filmmaker jailed in August on espionage charges for six years, a court in the capital, Phnom Penh, said on Friday.

In a warrant, the municipal court ordered the release of James Ricketson because he had received a royal pardon, it said in a statement.

“Having fully understood the royal decree, James Ricketson … should be freed,” it added.

Ricketson, 69, was arrested in June 2017 after he was photographed flying a drone above a rally organized by the now-dissolved opposition Cambodia National Rescue Party (CNRP) before communal elections.

The filmmaker, who has been visiting Cambodia for more than 20 years, producing documentaries about the country and its people, was charged with espionage but it remains unclear for whom he was spying.

It was not immediately clear whether Ricketson had been released from prison on Friday. Reuters was not able to immediately reach his family in Australia to seek comment.

Iran puts on ‘show of strength’ military exercise in Gulf