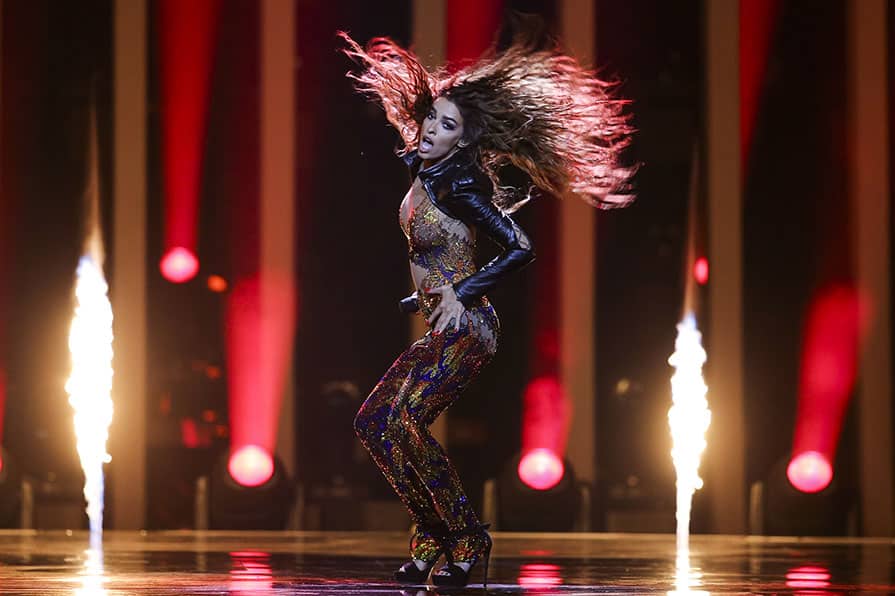 Eleni Foureira performs at the Eurovision Song Contest in Lisbon

One of the largest media conferences being hosted ahead of the Eurovision song contest next year will be taking place in Cyprus in April 2019, the Cybc reported on Friday.

Over 100 journalists from at least 30 countries covering the song contest in Tel Aviv, Israel, will be attending the news conference in Limassol, according to the public broadcaster.

The European Broadcasting Union (EBU), which organises the Eurovision, announced that they would be organising one of the media conferences in Cyprus.

The suggestion that Cyprus host the conference was made to the EBU by one of the members of the EBU committee, Panikos Hadjipanagi, who is also the news director at Cybc. Reportedly, Austria and Norway were among the other candidates to host the news conference.

The final decision by the EBU was taken unanimously.

Cyprus was one of the favourites to win this year’s Eurovision, and came in second to Israel’s Netta who sang the offbeat song ‘Toy’. Eleni Foureira represented Cyprus with ‘Fuego’. Prior to the contest Cyprus was abuzz with the possibility of hosting the song contest with Finance Minister Harris Georgiades even offering to dip into state coffers if the island was to host it.

The possibility of Cyprus hosting the contest was raised again when Israel initially said next year’s Eurovision would take place in the disputed city of Jerusalem in the context of it being Israel’s capital but after an outcry from numerous sources calling for a boycott, Israel switched the contest to Tel Aviv.

Less than nine per cent of Cyprus’ energy is from RES