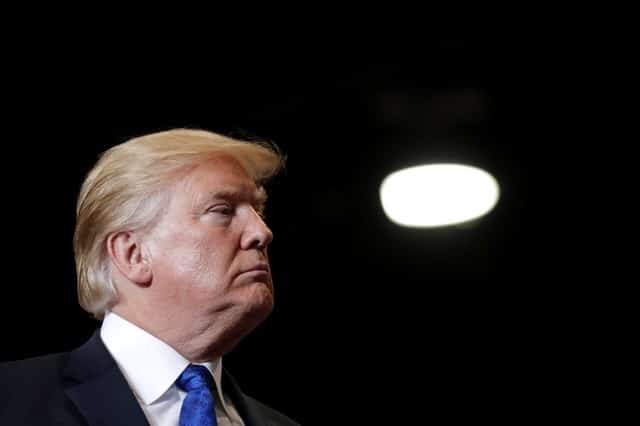 US President Donald Trump on Friday cast doubt on the woman who has accused his Supreme Court nominee Brett Kavanaugh of sexual assault, saying if the attack was “as bad as she says” it would have been immediately reported to police.

After days of restrained comments on the allegations by California professor Christine Blasey Ford, Trump took to Twitter to question her account of what happened between her and Kavanaugh at a party in 1982 when they were in high school.

The tweets came as a US Senate committee was struggling with what to do about Kavanaugh, with Democrats demanding more scrutiny of him and Republicans trying to move ahead with a vote on his nomination in an increasingly volatile political climate.

The Senate Judiciary Committee had delayed a vote on Kavanaugh’s confirmation after Ford’s allegations emerged last week. Ford’s lawyers and committee staff were negotiating how she would testify.

Kavanaugh cannot be confirmed for a lifetime appointment to the nation’s highest court without approval from the Senate.

For Trump, approval of Kavanaugh would cement conservative control of the Supreme Court and advance a White House effort to tilt the American judiciary more to the right.

“I have no doubt that, if the attack on Dr Ford was as bad as she says, charges would have been immediately filed with local Law Enforcement Authorities by either her or her loving parents,”Trump said. “I ask that she bring those filings forward so that we can learn date, time, and place!

“Judge Brett Kavanaugh is a fine man, with an impeccable reputation, who is under assault by radical left wing politicians who don’t want to know the answers, they just want to destroy and delay,” Trump wrote, appearing to grow impatient with the appointee’s confirmation proceedings.

Ford told the Republican-led Judiciary panel that she would be willing to testify later next week. Committee Chairman Chuck Grassley gave her until 10 a.m. (1400 GMT) on Friday to submit prepared testimony if she planned to appear at a hearing planned for Monday. He has said he offered a private hearing and other options for her to testify.

On Friday, it remained unclear how the hearing would proceed on Kavanaugh.

Democrats, who opposed the conservative federal appeals court judge even before Ford made her allegation, have accused Republicans of rushing the nomination before the Nov 6 congressional elections. Trump and other Republicans, cautious of alienating women, have treated Ford carefully while calling for a quick vote.

Trump‘s Friday tweets contrasted to comments earlier in the week when he said he Ford should be heard, even if it meant a delay in the confirmation process. At a rally in Las Vegas on Thursday night he had told supporters, “We’ll let it play out, and I think everything is going to be just fine.”

Ford has said Kavanaugh sexually assaulted her in 1982 when both were high school students in Maryland. Kavanaugh has denied the allegation and pledged to testify at Monday’s hearing.

Ford’s lawyers and committee staff spoke by phone on Thursday night, a panel spokesman said without giving details. A person familiar with the call said Ford could testify by next Thursday.

The telephone discussion ended with no decision, according to media reports. The reports also said Ford’s lawyers wanted Kavanaugh to appear separately first and that she wanted to be questioned by senators, not outside counsel.

Ford’s legal team has said she strongly prefers that her allegations are fully investigated before she testifies.

White House adviser Kellyanne Conway, who has encouraged Ford to be heard, said on CNN on Friday that Ford’s requests were a “laundry list of demands.”

Ford’s team has sought guarantees of her safety because of death threats. Kavanaugh and his wife also had received threats, a senior White House official said.

Supporters of Kavanaugh have also rallied behind him, while people backing Ford protested in Congress on Thursday.

Ford’s family has also moved to publicly defend her, including an open letter on Twitter.

“I’m sure she’s preparing mentally to embrace her truth and kind of get past the things that have made her feel like she has to hide it and be silent,” her sister-in-law Deborah Ford Peters told ABC’s Good Morning America.