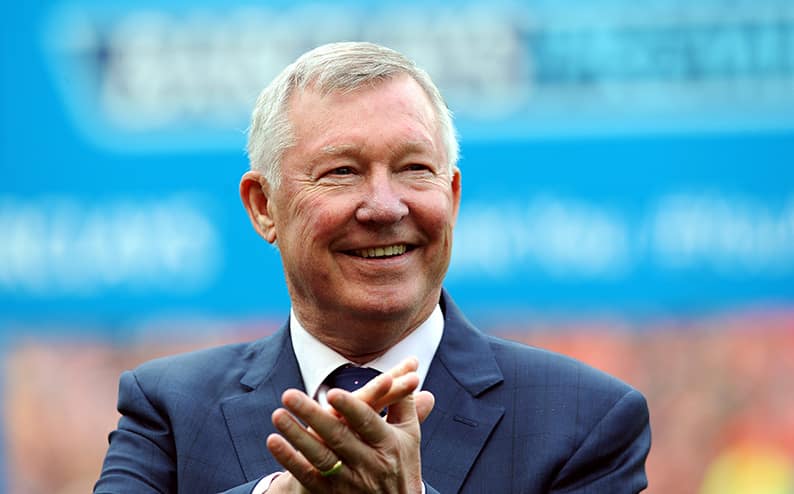 Sir Alex Ferguson on Saturday returned to Old Trafford for the first time since undergoing emergency brain surgery in May.

A picture of the former Manchester United manager arriving at the ground ahead of the Premier League clash with Wolves was posted on the club’s official Twitter account, with a caption reading: “Welcome back to Old Trafford, Sir Alex.”

Ferguson thanked medical staff in a video message released by the club in July, when he revealed that he intended to be back at Old Trafford to watch United in the coming season.

“Obviously it’s been a long journey and I’m gradually making steps forward, doing what my son tells me and what the doctors tell me, so, yeah, I’m really good.

“I’m a bit nervous, to be honest with you, maybe a bit tense really because I think my last game was Arsenal back in April. It was a long time but it’s great to be back and I just hope we get a win today.

“It’s great to go back to the stadium and it’s going to be quite emotional for me when the game starts, things like that. It had to happen some time and I’ve been looking forward to it. The important thing was getting the right time and the right rest before coming to a game.

“It’s bound to be emotional. Particularly when I take my seat in the box. That will be something, you know. I’ll be glad when it gets over and the game starts and I can enjoy it.”

Ferguson added when asked about the messages of support he had received: “It was unbelievable.

“There were thousands of cards, and they kept arriving at Salford Royal Hospital. I’d left by that time but they kept coming and kept coming. The number of emails, texts and personal cards to the house, it was just amazing. It really was.

“I’m overcome by it and overwhelmed by it. I think, if you remember, I did the message to thank the people who had taken the time to send me messages. It was really important to do that.

“Some of the doctors are here (as special guests) who did the operation and I thought it was the right thing to do. It’s great to be back.”

United also posted a message on their Twitter feed encouraging fans attending Saturday’s game to be in their seats 15 minutes before the 3pm kick-off “as we prepare to honour Sir Alex’s return”.

Ferguson, who retired in 2013, won 38 trophies during a 26-year spell in charge of United, including 13 Premier League titles and two Champions Leagues. Prior to that he won 11 trophies with Aberdeen.

The club’s post featuring the picture of Ferguson was retweeted by United coach and former midfielder Michael Carrick, who added an emoji of hands raised in celebration. Former United goalkeeper Peter Schmeichel also retweeted the post and wrote: “Welcome back boss.”

Migrant boat on way to Cyprus sinks off Lebanon, most rescued (updated)

‘Cypriot economy out of 2013 cardiac arrest’