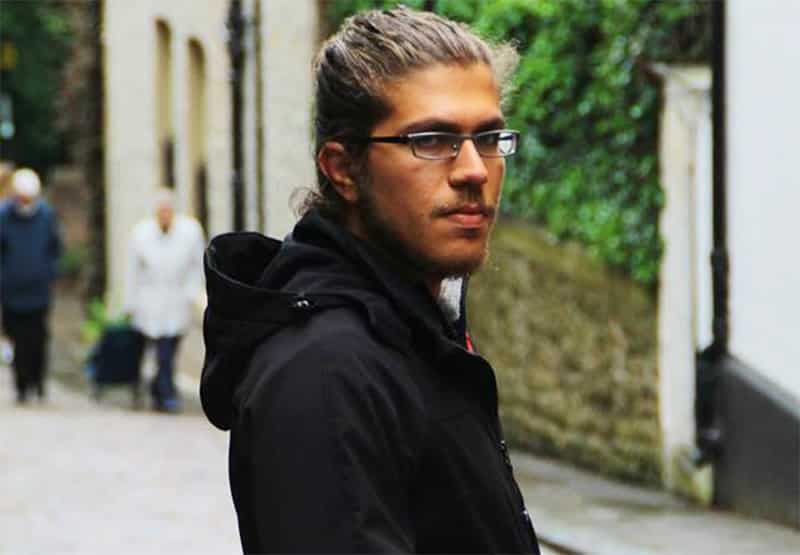 A Cypriot student at Durham University in the UK was sacked from the university’s philosophy journal Critique after a comment he made on Twitter was considered to be transphobic but he says he was just trying to start a debate.

According to a report in the Daily Mail on Friday, Angelos Sofocleous, 24, also the president of the Cypriot Society at the university, was fired from the journal just three days after taking on the assistant editor position when he tweeted: ‘women don’t have penises’.

Sofocleous, a postgraduate philosophy and psychology student, was also forced to resign as the head of the university’s free speech society Humanist Students, and from Durham’s online magazine The Bubble, following his tweet.

On Saturday Sofocleous told the Cyprus Mail that universities were playing to a particular group in the political spectrum rather than focusing on remaining neutral.

“Instead of endorsing individuals from all over the political spectrum, universities seem to not only be taking a particular political position, but also enforcing it.

“I also wanted to start a debate on the issues of sex and gender,” Sofocleous said.

He added that the backlash from the comments has given himself and other academics the chance to present some wider problems within academia regarding freedom of speech and debate.

According to Sofocleous, he wanted to start a debate and focus on ways the transgender people can improve their movement.

“In their stance, they [transgender people] bring sex and gender stereotypes back, instead of trying to abolish them.”

It is not the first time Sofocleous has faced criticism for his tweets, as in August he had retweeted an article by the British magazine The Spectator, with the title “Is it a crime to say women don’t have penises?”

The tweet faced criticism and forced him to resign as the head of the university’ humanist society.

In a post on Facebook he said: “Sadly, these views were taken to be ‘transphobic’ by individuals, who cannot tolerate any criticism, either of their movement or their ideas, and are unable to engage in a civilized conversation on issues they disagree on.”

The since deleted tweet has received backlash from former chair of LGBT Humanists Christopher Ward who claimed the post was ‘factually incorrect’ and not ‘worthy of a debate’.

He wrote: “As former chair of LGBT Humanists UK, the opposition I experienced from a number of longstanding Humanist members to trans people and trans issues was a stain on an otherwise great organisation.”

Standing by his tweets, Sofocleous wrote: “I may be wrong and women might indeed have penises, although I don’t believe that to be the case.

“But the backlash that took place after my comments, particularly within the organisation, convinced me that, unfortunately and surprisingly, there are certain issues within the humanist movement which are undebatable.

“No effort was made, beyond name-calling, derogatory comments, and ad hominem statements, to convince me of the truth of the other side’s position.”

A spokesperson for Durham Students Union said: “We are confident in our commitment to protecting free speech through open debate and exchange of ideas, which are central to university education.

“When student society’s executive teams and members vote on elections and group decisions such as this one, we hope they consider Durham SU’s commitment to inclusivity, equality of opportunity for all, and the promotion of diversity, including all gender identities.

“How each individual votes is a matter of personal judgement and interpretation, this is fundamental to the democratic spirit of the group and is why we have policies in place so that these decisions can be voted on, not made arbitrarily.

“We endorse free speech for all students and in this case, the student is still speaking and people are listening, reflecting and reacting.”