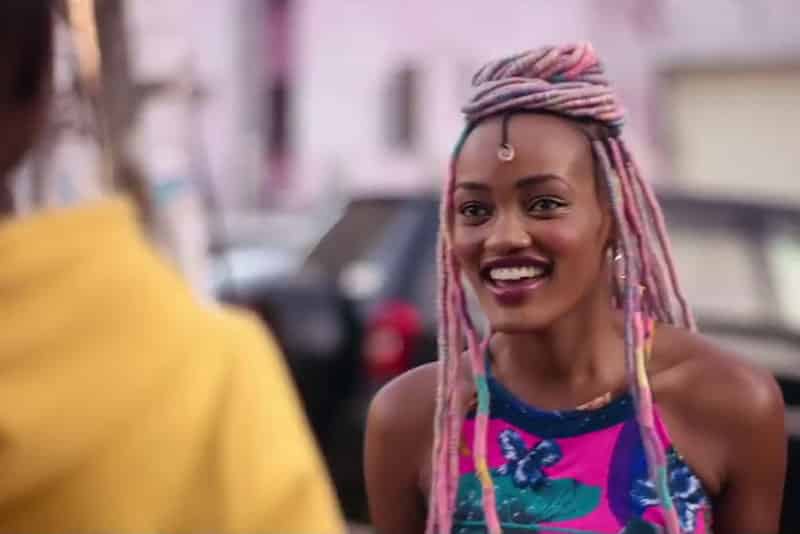 Rafiki, an acclaimed film portraying a lesbian romance that was until Friday banned in Kenya where it was made, showed on Sunday to a cheering, sold-out audience in Nairobi.

Nairobi residents will be able to watch Rafiki during daytime-only screenings at the Prestige Cinema in the capital for a week after a judge on Friday temporarily lifted a ban on the film, making it eligible to be entered for a Foreign Language Oscar. Rafiki means “friend” in the Swahili language.

To qualify as Kenya’s entry under the Best Foreign Language Film category at the 2019 Academy Awards, Rafiki had to be released in the East African country.

The court ruling delighted the filmmakers but angered the Kenya Film Classification Board, which banned the movie in April on the grounds that it promotes homosexuality, which is a criminal offence under a colonial-era law.

In May, Rafiki premiered at Cannes, the first Kenyan film to be selected by the prestigious festival. Critics hailed it a “sweet” romance about two young women who live in the same Nairobi housing estate.

That did not stop young Kenyans from turning out on Sunday afternoon to view the film, which the cinema ended up showing on an additional screen after more than 450 people showed up.

Vicky, a Nairobi photographer, came with her braided hair wrapped in a rainbow coloured scarf and said she was part of the LGBT community though declined to give her surname.

“This week means so much to so many people,” she said. “People can see themselves on screen and they can know that it is okay to express themselves in that way,” she said.

As Rafiki played and the audience in the two packed theatres cheered and clapped, Vicky said she could relate to many of the film’s topics, as the two lesbian protagonists struggled with homophobia among their friends, family, and church.

However, Vicky said that once the screening was over and she left the cinema, she would not dare wearing her rainbow scarf.

“This feels like a safe space. But the second I leave this (cinema), I don’t want anyone to see my face like that. Not because I’m scared that I am not a normal person, but because I am scared of expressing myself that way. So much judgement comes with it.”

Heralding the return of the Bard