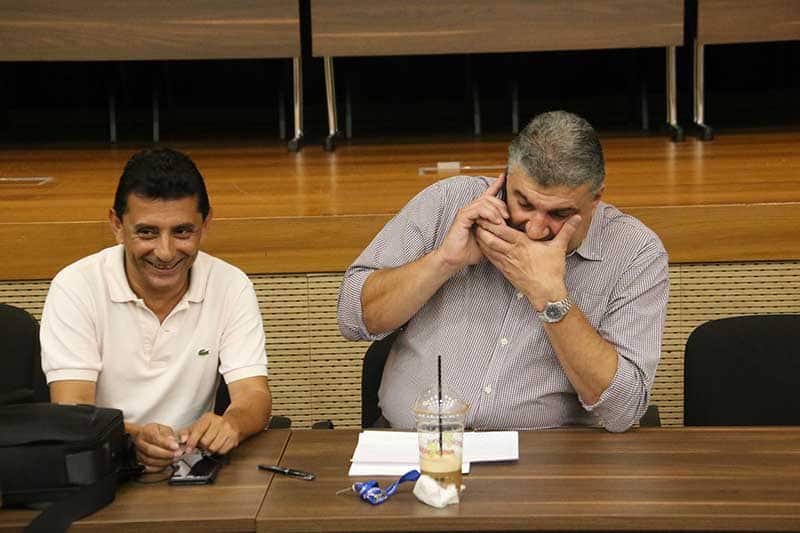 Teacher unions on Monday evening requested a meeting with the three-member ministerial committee on education to explain their decisions on three recent proposals seeking to end the crisis in public education.

Following a joint meeting, they said they requested an immediate meeting with the ministerial committee to announce their decisions.

Earlier in the day, some union representatives said they would accept a proposal by opposition party Diko for an interim deal with the government to put an end to the crisis in public education, but the government swiftly rejected the plan.

The government said that Diko’s proposal seems to pre-empt any future talks and ensured that what had been agreed on September 6 “will, in any case, be overturned and therefore does not assist in the implementation of that agreement”.

In a written statement, the three-member ministerial committee on education said that the government considers that the agreement reached with the trade unions on September 6 is a satisfactory basis for talks.

Sek’s prospoal, the ministers said, “gives a decent way for everyone and can be accepted, always with a view to launching the main dialogue on education issues”.

They also called on the teacher unions to give an opportunity for the dialogue to start.

They added that the government would “decisively carry on with the reform that aims at reinforcing state schools and the work of teachers and students but also the quality upgrade of public educationn”.

After a meeting on Monday morning between the unions and Diko, the head of Poed, Phylios Phylactou said that he expected that all unions would accept the party’s proposal but after that the ball would be in the government’s court.

“What remains to be seen is what the other side, the government, thinks about Diko’s proposal. We do think it is a way out of the impasse, a normalisation of the situation, just so that we can carry on and see the crucial and important issues of education,” he said.

The unions had a meeting with Akel leader Andros Kyprianou in the afternoon, and, after that, each union was to inform their boards.

The chairman of Oelmek, Yiannos Socratous also welcomed Diko’s proposal which, he said, “can give a way out of the stalemate created by the government”.

The head of Oltek Panayiotis Lysandrou said that the proposal could help alleviate the crisis so that a dialogue can be launched “on the actual problems faced in education”.

Diko’s proposal concerns amendments to the credit system the government had proposed on September 6. The government hoped for an interim deal to be in force until the end of the year to give time for talks.

The teachers counter proposed that, based on the credit system, a teacher who teaches more hours than the curriculum specifies, for example, should receive credit for those hours in the next school year. The government rejected that proposal arguing that it was predetermining the result of the dialogue.

Diko suggested that the government proposal submitted on September 6 be accepted by all but teachers be given the necessary credit for possible changes in their teaching time. This credit could be given to teachers within the next two to three years, to facilitate fiscal balance.

These arrangements, the party said, should only be applied in the current school year, and after that new arrangements could be introduced, to be agreed upon in the appropriate committees, with the active participation and consensus of all those directly affected.

Sek’s proposal related chiefly to procedural matters to do with mediation.

Poed and Oltek were said to be on board, but Oelmek were holding out.

Decision expected within the day about fifth Covid jab