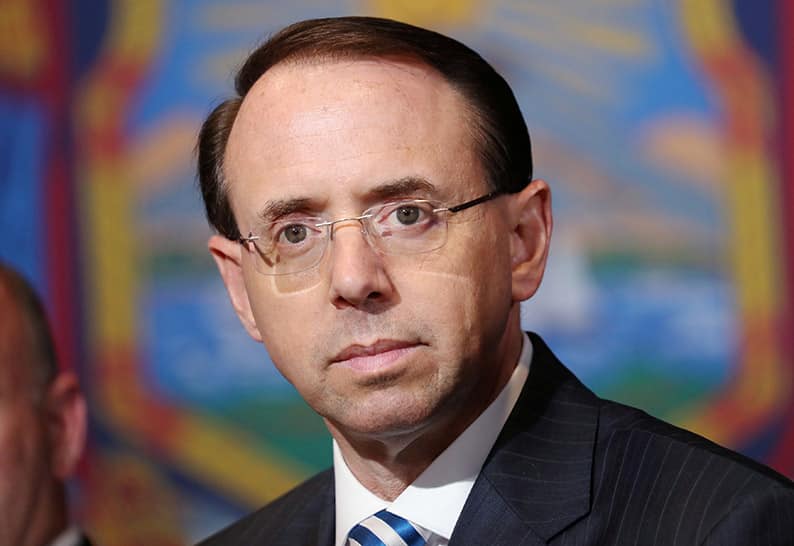 Rod Rosenstein has not resigned and is still serving as U.S. deputy attorney general, a person familiar with the matter told Reuters on Monday.

Rosenstein had a previously scheduled meeting at the White House at noon on Monday, according to a person familiar with the matter. He is still the deputy attorney general and he attending a “substantive meeting” in that capacity, the person said.

The person confirmed that the topic of resigning did come up in discussions with White House Chief of Staff John Kelly over the weekend, but said the Axios report that Rosenstein had officially resigned was incorrect.