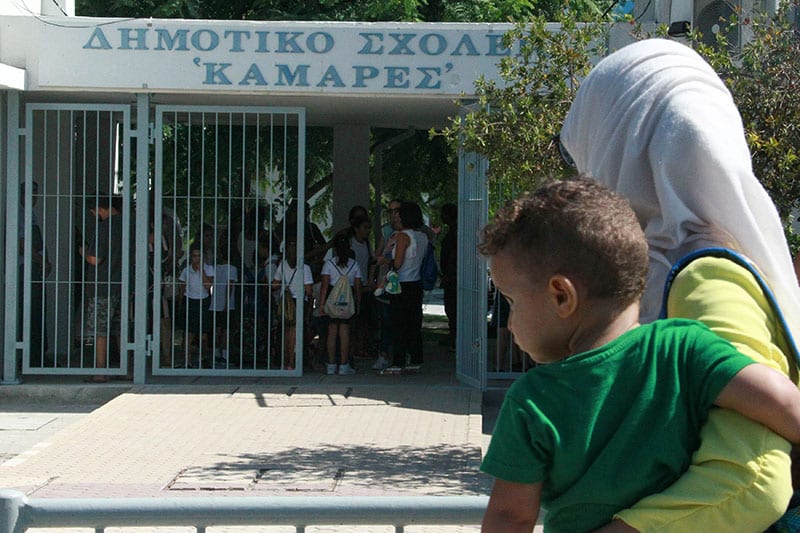 Two 11-year-old boys kidnapped from their school in Kamares, Larnaca on Tuesday morning were later found well but in a dazed state.

According to CyBC, police found sleeping pills during their investigations at the apartment of the 35-year-old man who was arrested believed to have abducted the boys.

The two were taken to Larnaca General after they were removed from the apartment where doctors conducted clinical and lab tests, and determined that they were in good health.

The man was detained by police in his apartment near the school for five hours while authorities conducted investigations in his home and on his computer. He was later transferred to a police holding cell.

Following news of the suspect’s detention, angry neighbours and members of the public gathered outside his home. One woman told the CyBC: “It’s disgraceful. They should go to jail and never be let out.”

The man was found after police received a call from a member of the public. The witness told police that they saw a vehicle matching the description given by authorities and that they saw a man changing the licence plates on it a few days ago.

Justice Minister Ionas Nicolaou said the suspect had no criminal record nor any previous run-ins with police, adding that money was the possible motive.

The minister expressed satisfaction over the happy ending.

“Through correct analysis of the information, we eventually got a conclusion. The conclusion we all wanted,” he told reporters.

The father of one of the boys thanked everyone for their help.

“A big thank you for the mobilisation of all the public authorities,” he said. “Everyone was exceptional and congratulations for what they have done. Nothing else.”

News of the incident sparked a massive search operation by the police, which used its helicopter and stepped up searches at crossing points with the north and ports and airports.

The news also mobilised the public who shared the photos of the boys and the description of the suspect thousands of times on social media.

“What I want is to congratulate the police, the volunteers, and the public in general, for the mobilisation and sensitivity displayed… so as to have immediate results,” President Nicos Anastasiades said in a statement from New York.

Reports said the incident happened before the first bell of the day. The man pretended to be a new teacher at the school and asked a group of boys for help to carry some books. The two boys, who are friends, volunteered. The issue was brought to light 45 minutes later when the two boys failed to show up.

According to Sigma TV, the boys were made to enter the vehicle as the man threatened their lives.

The police operation was headed by the chief of police.

“Everything has been mobilised in an effort to locate the children and to get them back safely,” deputy chief of police Kypros Michaelides said.

“You realise this is a very serious and unprecedented affair.”

Education minister Costas Hambiaouris, as well as the heads of the teacher unions, rushed to the school after hearing about the incident.

The minister said it was a regretful incident and urged calm. He said there was no need for the parents to collect their children from the school.

Health Minister Constantinos Ioannou, in a written statement, pledged his full support for the families, saying that two family members work for the Larnaca general hospital.

Police were also investigating whether a bomb hoax at another Larnaca primary school at 7:50 am on Tuesday was related.