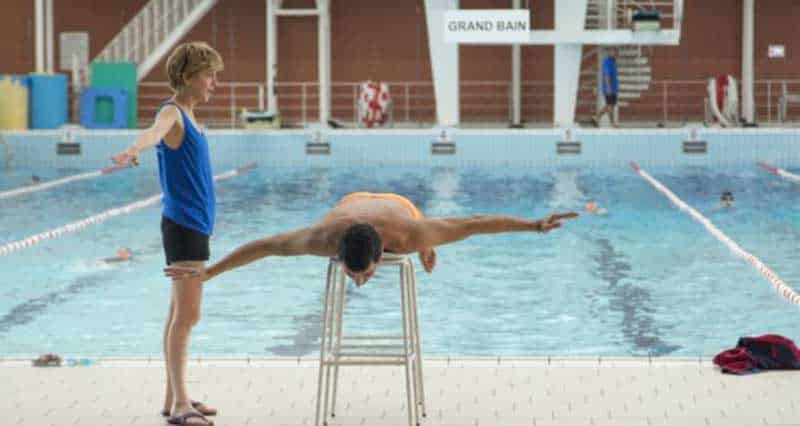 French films will shine as of tomorrow at Cine Studio in Nicosia. The film festival, in collaboration with the French Institute, will screen five films with Greek subtitles.

The first film is L’Effet Aquatique (The Aquatic Effect) tomorrow. The 2016 romantic comedy, directed by Solveig Anspach and Jean-Luc Gaget, concentrates on Samir who falls in love with Agathe, a swimming-instructor. His idea of seduction is to pretend that he does not know how to swim so she can teach him.

The film was first screened at the 2016 Cannes Film Festival where it won the SACD Award. It also won the Cesar Award for Best Original Screenplay at the 42nd César Awards.

Next up on Friday will be the 1955 musical comedy film French Cancan, directed by Jean Renoir. The film, set in 1890s Paris, follows Henri Danglard, the owner of a café, where his mistress, Lola, works as a belly dancer. Losing money, Henri finds himself in Montmartre and finds that the old-fashioned can-can is still being performed there. Inspired, Henri comes up with a new business scheme that aims to revive the can-can, featuring a new dancer, Nini, a laundress he meets by chance.

The film is a homage to the Parisian café-concert of the 19th century with its popular singers and dancers. Visually, the film brings to mind the paintings of Edgar Degas and the Impressionists.

Violette, a 2013 biographical drama, is on the menu for Sunday. It tells the story of French novelist Violette Leduc, who was born out of wedlock at the beginning of last century. She meets Simone de Beauvoir in the years after the war and an intense relationship follows, which is based on the quest for freedom. Violette seeks freedom through her writings, which she shows to Simone and who introduces her to contemporary intellectual icons Jean-Paul Sartre, Jean Genet and Albert Camus. In 1964, the success of Leduc’s autobiographical bestseller La Batarde enabled her to earn a living from her writing.

The film is written and directed by Martin Provost and stars Demmanuelle Devos as Violette and Sandrine Kiberlain as Simone.

October will start with lots of laughs with a screening of the 2016 comedy Victoria on October 1. The Justine Triet directed film introduces Victoria, a thirty-something lawyer looking for stability and true love while struggling with her past.

Ending on a high note and with a smile, the last film of the festival, on October 3, will be the 2014 comedy Maestro. The protagonist is a man named Henry. He is a young actor who finds himself involved in a film by cinema superstar Cedric Rovere. Charmed by his benevolence, feelings hitherto unknown are aroused while Rovere, intrigued by Henry’s dream, lives this shoot as an unexpected gift.