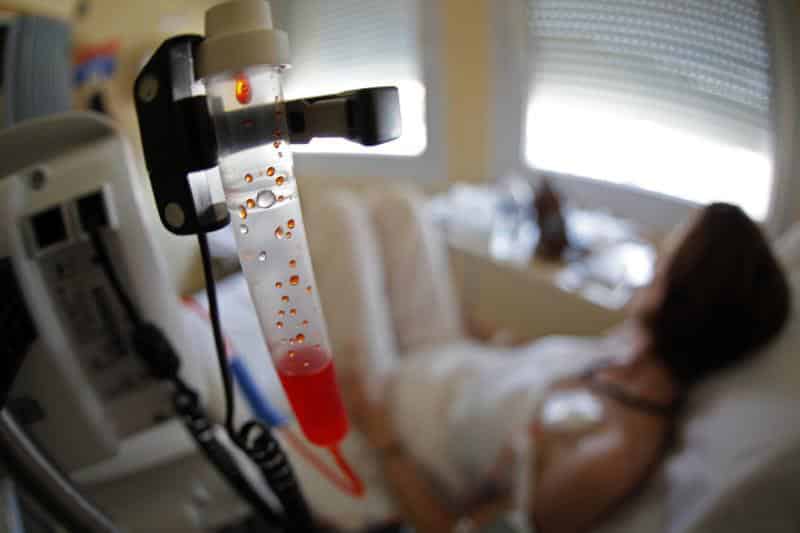 AstraZeneca’s immunotherapy drug Imfinzi cut the risk of death in patients with mid-stage lung cancer by nearly a third in a closely watched clinical study, reinforcing the case for using the drug in earlier disease.

The encouraging overall survival data boost prospects for a medicine that was approved this week in Europe and has already had a promising US commercial launch, based on its ability to slow disease progression.

As the leading cause of cancer deaths, lung cancer represents the biggest opportunity for companies seeking to exploit the power of modern cancer immunotherapies.

AstraZeneca’s oncology business head David Fredrickson told Reuters the findings would be “important” in driving uptake of the medicine, which he expects to be launched in 40 markets by the end of the year.

Although AstraZeneca announced in May that Imfinzi had successfully extended lives, the scale of the benefit seen in the clinical trial known as Pacific was only disclosed on Tuesday at the World Conference on Lung Cancer in Toronto.

The data was also published online by the New England Journal of Medicine.

Results showed Imfinzi delivered a 32 per cent survival benefit after two years, compared with placebo, in patients with inoperable stage III non-small cell lung cancer – where cancer has advanced locally but not spread widely around the body.

Previous data from the same study found patients on Imfinzi lived 11 months longer without their disease worsening – so-called median progression-free survival – leading to the drug’s US approval for lung cancer in February.

No comparative figures for median overall survival are yet available because more than half of Imfinzi patients are still alive.

Imfinzi is the first immunotherapy to be approved in the stage III lung cancer setting, giving AstraZeneca an opportunity to intervene relatively early when there is still a chance of a cure.

That distinguishes it from rivals Merck, Bristol-Myers Squibb and Roche, which beat the British drugmaker in winning approval for similar immunotherapies in advanced or metastatic disease.

“This is a really important set of data for our commercial uptake,” he said.

“We’ve already seen in the United States that the early adopters and even the next wave of physicians have brought Imfinzi into regular practice. But there are always later adopters who are more cautious and want to await overall survival data.”

So far, Imfinzi’s growth has been driven by the big US market, with launches elsewhere further behind. Being able to prove that the drug helps patients live longer will be important in securing a good price in Europe and Japan, Fredrickson said.

Imfinzi sales totalled $122m in the second quarter of this year and analysts expect them to reach close to $4bn by 2023.

Wife of freed child molester says she too was his victim