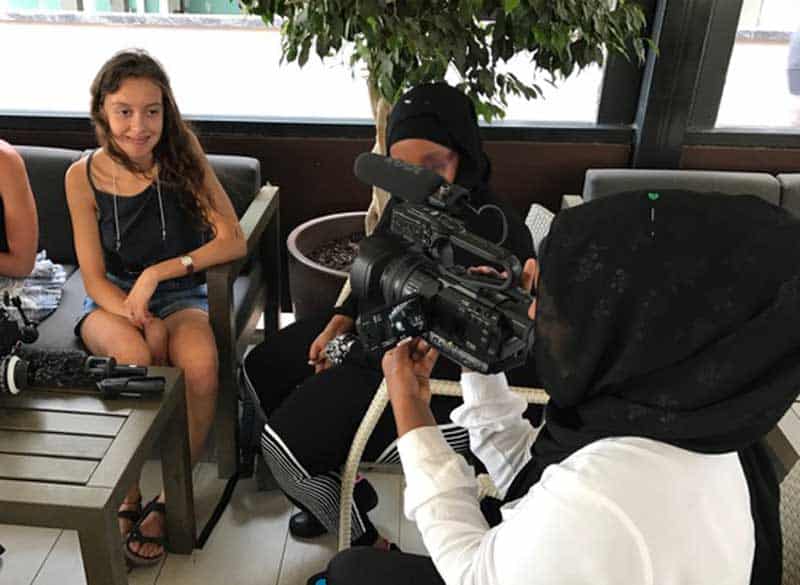 Local youth teamed up with refugees to make short films about what home means to them. MELISSA HEKKERS takes a look

Attempting to define the meaning of home, five asylum seekers and four young Cypriots have produced short films as part of a project to provide mutual ground for communication, technical knowledge and an opportunity for integration.

The result is four heartfelt short films that explore the youths’ notions of what home means to them, both in philosophical and literal terms, each revealing personal stories scripted in collaboration with a local youth. “It was a challenge because there are so many definitions of what home really is, but it was also a way for participants to open about deep concerns, ideas, reflections and their understanding of the world we live in,” said David Hands, one of the professional trainers behind the project.

“Looking back at the process, exploring the notion of home got everybody thinking, including the trainers. Looking deeper into something that we all take for granted: home, safety, security, comfort and all these words associated with the meaning of home, you start digging deeper into what personally makes you feel you belong or even where you belong, especially with people who were forced to leave their home. I think this is a question that all of us asked ourselves,” he adds.

Each film has a different take. Two of the films talk about Cypriot refugees and refugees from third countries; they hone into the concept of being forced to leave your home and building a new life, or in this instance, a new home.

Another film looks at the concept in a more artistic manner; it uses a play on words to define home. The team interviewed over 50 people in the streets and asked them to describe what home means to them in one word. The fourth film identifies home as a work in progress and weaves through the intricacies of creating an ideal home based on accomplishing one’s dreams.

“When I came here (to Cyprus) I had lots of problems, and of course I had left my home. When I heard that the project is about home it really touched my heart, and I thought I could really contribute, share my story and what happened to me,” said one of the participants from Afghanistan who preferred to remain anonymous. 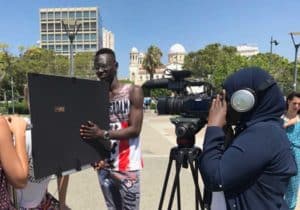 “Although I shared my experience, it ended up being more than a project for me,” he added. “At the beginning I was really nervous but when I began to share my story, I felt that I was somehow treated psychologically; I became calm and it was a relief to me… while thinking about where home is, I discovered my goals and the way I could reach the goals I made for myself in this country,” he revealed.

“This project gave me a feeling, and at the end of the day you have a film which you can see and which reminds you of what you did, the goals you set for yourself and what you want to work for,” he added.

From a local perspective, Andria Evagorou from Nicosia said her participation in the project was an eye opener. “I stepped out of my egocentric world and I met people that I would probably not have approached, not because I’m racist but because perhaps I would have scared them away or because I don’t know under what circumstances I could have met them.

“I got to learn about other realities in other worlds, as well as the stories of other people,” she added.
“I was surprised when my teammate told me that in her country you don’t go out in the streets after 6pm because you might be shot at. I will never forget her enthusiasm when at 1am we went out for an ice-cream… she couldn’t believe this was allowed and that there were people out on the street.”

But of course, the project meant viewing all the shorts and coming to some common conclusions. “In one of the movies there’s a shot of a person dressed in black from head to toe and behind her are half naked people on the beach in Larnaca, the person dressed in black feels internally trapped while the half naked people on the beach are entirely free. These are snippets that stay with you,” concludes Andrea.

The first public screening of the four short films will take place at Cine Studio at the University of Nicosia at 7pm on Thursday September 27. The project was implemented by the International Children’s Film Festival of Cyprus in partnership with the Thomson Media gGmBH and is part of the European Youth Initiative Fund managed by the European Youth Forum in partnership with UNHCR

PwC Cyprus: a leading organisation in the professional services sector