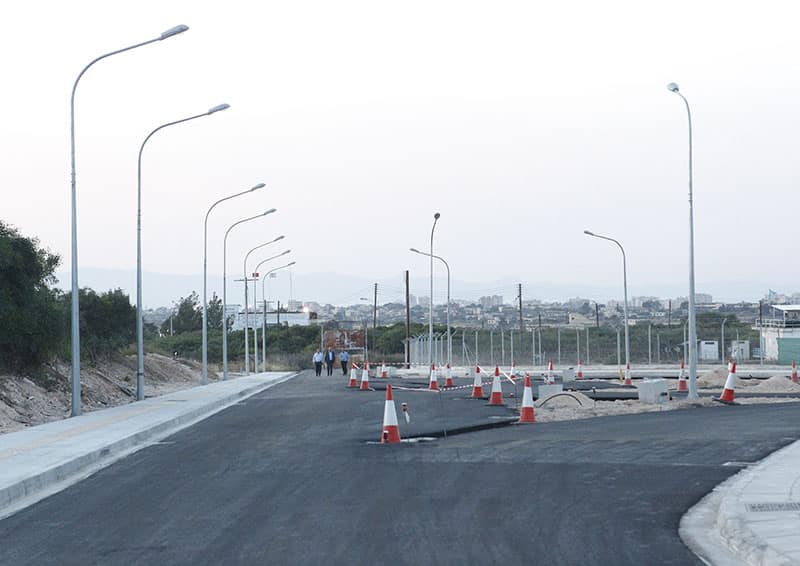 Progress has been made in the north towards the opening of the Dherynia crossing point, reports said on Monday.

According to Turkish Cypriot media reports, authorities said that developments are expected within the week and that if it hadn’t been for the economic crisis related to the downfall of the Turkish lira, works would have been completed two months ago.

Turkish Cypriot member of the Famagusta Initiative, Okan Dagli, said on his social media account that the cubicles to house police and customs officers have already been erected and installation of lighting is underway.

News of progress came after reports last week that the Greek Cypriot side will be ready to open both Dherynia and Lefka crossings early in October.

While work at Dherynia has been completed, the Lefka crossing on the Republic’s side is expected to be ready by the end of the month as facilities to house officers carrying out identity checks have been completed and tarmac is being laid.

As regards Dherynia, the Greek Cypriot side is reportedly ready to open it, but there was still the issue of moving a manned Turkish military post located nearby. There was no mention of that issue in Turkish Cypriot reports.

President Nicos Anastasiades is to inform the UN secretary-general on progress over the openings during their meeting in New York on September 28.

The opening of the two crossings was agreed by the two leaders as a confidence-building measure in 2015.

Greek Cypriot negotiator, Andreas Mavroyiannis, visited the Lefka crossing last week to inspect the work, along with the co-head of the bicommunal technical committee for the opening of the crossings, Sotos Zakheos, public works officials and the contractor.

Mavroyiannis and Zakheos were to also discuss last week the practical aspects of preparations for the opening of Lefka – organisational, staffing, equipment, and other arrangements — with the various state departments such as the police, public works and customs.

Our View: Foreign minister suffering from delusions of grandeur