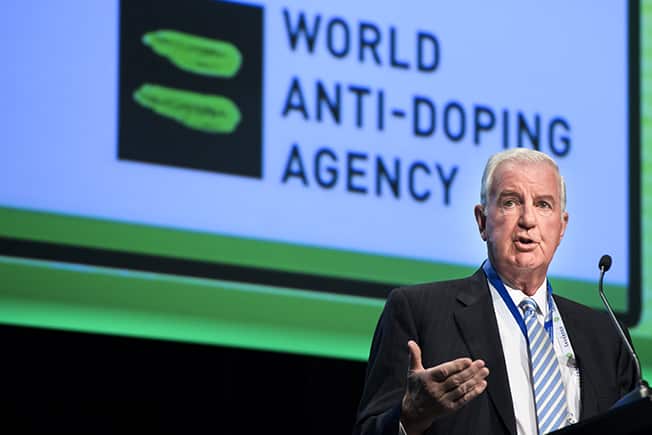 World Anti-Doping Agency president Craig Reedie has said he is deeply offended by charges that WADA put money above clean sport when it reinstated Russia’s anti-doping agency, a move which he said was aimed only at achieving Russian compliance.

WADA incurred the wrath of athletes and other anti-doping bodies when it lifted the ban on Russia’s RUSADA, subject to conditions, on Thursday.

“The accusation that WADA – and me personally – have pandered to the interests of money over clean sport are totally untrue, and deeply offensive,” Reedie wrote in an open letter.

“The author of those remarks, as a former Director General of WADA, should know better.

“This week’s decision was based entirely on achieving Russian compliance, as properly delivered. A regularly monitored anti-doping process in Russia is surely the best way to reassure athletes there, and elsewhere, that clean sport prevails.”

RUSADA was suspended in November 2015 after an independent WADA report carried out by Canadian lawyer Richard McLaren outlined evidence of widespread state-backed, systematic doping and cover-ups in Russian sport.

Reedie said criticism by athletes and some anti-doping agencies was normal but WADA had now a firm process in place that could have “meaningful consequences” for Russia.

He said he hoped the decision would not hurt WADA’s credibility.

“I hope not,” Reedie told a conference call later on Monday when asked about possible damage to WADA’s reputation. “Clearly there have been many comments from athletes’ groups but I am not sure they fully understand what WADA was doing.”

“There has been complete refusal to meet the last two outstanding conditions. Athletes think maybe we should continue with sitting back, hoping we got the data. This does not seem to be the necessary way forward,” Reedie said.

“The athletes really need to know in Moscow there are around 2,800 samples which we would very much like to see.”

Russia acknowledged the report but has consistently denied the existence of a state-sponsored doping programme and has refused access to the Moscow lab where some 2,800 samples that WADA wants to check are stored.

WADA’s executive committee last week approved a lesser version of the first point – an acceptance of the International Olympic Committee’s Schmid report, which endorsed the core findings of the McLaren Report – and set another “clear timeline” for the implementation of the second.

That means, after remaining banned for refusing access to the Moscow lab, RUSADA is now approved, but could be banned again if access to the data is not provided by Dec. 31.

“If commitments made very firmly by Russian authorities are not delivered, then the non-compliance could be renewed,” Reedie said.

The doping scandal had “poisoned sport and its place in the world”, but WADA had been quick to confront the scandal “with two long-running and independent investigations,” Reedie said.

He said criticism of RUSADA’s reinstatement was “understandable” but WADA’s mandate was to develop a “robust Russian anti-doping agency”.

“Our pressure to secure progress and concessions has been unrelenting, even if the language we have used may have been polite, and even diplomatic,” he said.

Fifty thousand Syrians returned to Syria from Lebanon this year