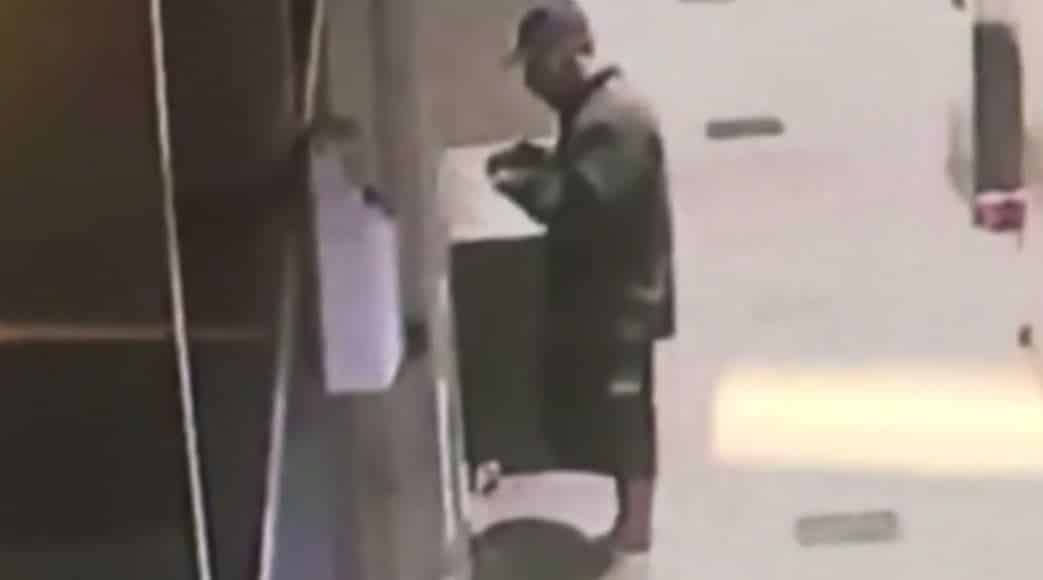 A man who fled to California from Texas after being questioned in the disappearance of two Houston relatives was arrested on suspicion of bludgeoning seven men, three fatally, in a string of Los Angeles-area attacks on mostly homeless victims, police said on Tuesday.

Ramon Escobar, 47, an El Salvador native and convicted felon who has been repeatedly deported from the United States, faces three counts of murder and four counts of attempted murder in a case investigators plan to present to prosecutors on Wednesday, authorities said.

The suspect was arrested on Monday after he allegedly clubbed a sleeping homeless man in the head with a pair of bolt-cutters in Santa Monica, Los Angeles Police Department Captain William Hayes told a news conference on Tuesday.

Two other homeless men were similarly attacked on a Santa Monica beach earlier this month, as was a third man who was sleeping under a pier after a night of fishing.

Separately, three homeless men were battered with a baseball bat while they slept on the streets of downtown Los Angeles on Sept. 16, authorities said on Tuesday.

Two of the Los Angeles victims and the man attacked under the Santa Monica pier died of their injuries. Three surviving victims remained hospitalized – two in a coma and one other on life-support, police said.

Hayes said Escobar was apparently homeless himself, and robbery appeared to be his motive for the attacks.

Police said a combination of video surveillance footage and forensic evidence, including recovery of the baseball bat and bolt-cutters Escobar is accused of using, helped investigators link him to all seven victims.

The U.S. Immigration and Customs Enforcement (ICE) agency said late Tuesday that Escobar had been deported back to El Salvador six times between 1977 and 2011 and has six felony convictions for burglary and illegal re-entry.

Following his most recent removal from the United States, Escobar in 2016 filed an appeal of his immigration case, which U.S. courts granted in December of that year, and he was released from ICE custody on an “order of supervision” in January of 2017, ICE spokesperson Paige Hughes told Reuters by email. Hughes gave the suspect’s full name as Ramon Alberto-Escobar.

Hayes also described the man as a “previously deported felon” who had applied for asylum in the United States.

Escobar spent five years in prison in Texas, from 1995 to 2000, on a burglary conviction, and was arrested on suspicion of assault and criminal trespass in Texas during the past two years, Hayes said.

Hayes said Escobar was already considered a “person of interest” by Houston police investigating the disappearance of two relatives he had been living with in that city. The two family members, identified by the Los Angeles Times as an aunt and uncle, went missing in late August.

Police found the charred wreckage of his aunt’s van in Galveston, Texas, days after the couple went missing, the newspaper reported.

Hayes said Escobar was questioned by Houston homicide detectives on Aug. 30 before he “fled the state of Texas,” traveling by car across the country and arriving in Los Angeles on Sept. 5. The first attack linked to him occurred three days later.

Asked about an unconfirmed report that Escobar may have snapped after going off medication for a psychiatric condition, Hayes said: “Nobody in their right mind would do something as vicious as this, but it still doesn’t take the criminal culpability away from it.”