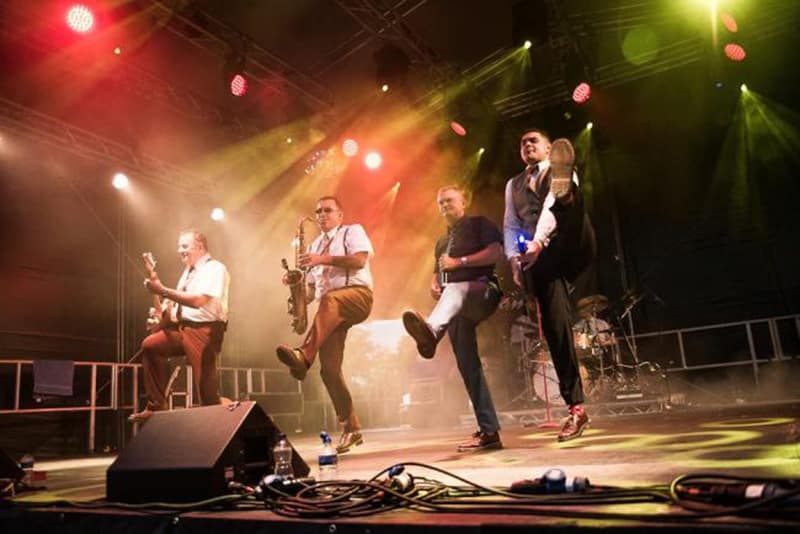 It will be complete musical madness as of tomorrow when the tribute to Madness band Complete Madness will take audiences one step beyond.

Keegan put together a punk band shortly after leaving school. He started out as a guitarist but when the lead singer left he stepped up and has been singing ever since. He has been the lead vocalist and front man of Complete Madness for the last 25 years.

Wood, who formed the band Touch and Go with Keegan in 1985, joined Complete Madness in 1992. Since then he has played a key role in the development of the band by helping it grow into the mad position it finds itself in today.

Stanfield is the newest member of the band. He previously played in a number of tribute bands around the UK. This experience helps him be a versatile musician who has what it takes to be just as nutty as the rest of the gang.

Potter has been in the band for five years. Over the years he has performed in a number of rock bands. Apart from his part in Complete Madness, Potter also runs monthly jam sessions in pubs.

Biggs started his professional music career with the band in 2000. He left after six years to open his drum school and last year he accepted an offer to rejoin the band, and his drum sticks instantly got into their mad moves once more.