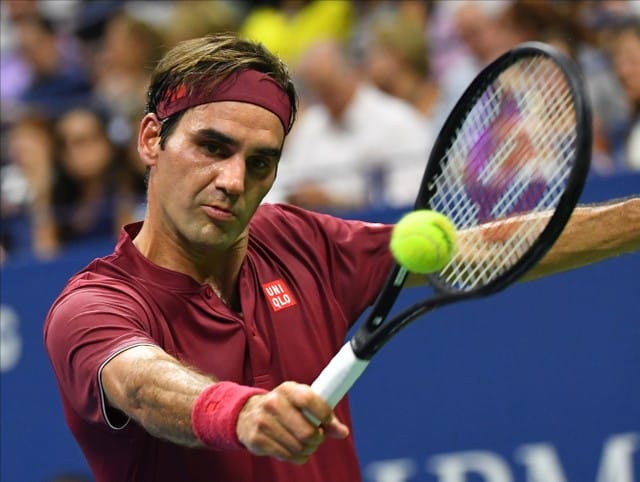 Roger Federer is hoping to play on until what would be a fifth Olympics, with a singles gold medal the one major title still to elude him

Roger Federer is likely to be eligible to play at the Tokyo Olympics in 2020 even if he does not compete for Switzerland in the revamped Davis Cup next year.

The 37-year-old’s lucrative clothing deal with Japanese firm Uniqlo was seen as another indication he was hoping to play on until what would be a fifth Olympics, with a singles gold medal the one major title still to elude him.

But, according to the rules, in order to qualify for Tokyo players need to have taken part in at least two Davis Cup or Fed Cup ties during the current Olympic cycle, including one in 2019 or 2020.

Federer has not played in the competition since 2015 and Switzerland missed out on a wild card for the inaugural finals week of the revamped Davis Cup next November, with Britain and Argentina picked instead.

Switzerland instead must face Russia in the qualifiers in February immediately after the Australian Open, where an appearance by Federer would be a major surprise.

But International Tennis Federation president David Haggerty revealed there is wriggle room, saying: “Within the rules are things about past champions, past Olympians and grand slam winners.

“I have been talking to Roger’s team and they’re aware of things. He may or may not play Davis Cup, it hasn’t been decided one way or another, but all that will be factored in. Certainly someone like Roger would be great to have at the Olympics.”

Haggerty confirmed on Tuesday that next year’s Davis Cup finals week will be held in November at the very end of the season, which could make attracting the best players very difficult.

World number five Alexander Zverev has already said he will not play if Germany qualify.

Gerard Pique, the man behind the Kosmos investment group that initiated the radical changes to the competition, had expressed a desire to hold it in September, which would have brought it into conflict with Federer’s Laver Cup.

Barcelona footballer Pique earned a sharp rebuke from Federer, and Haggerty insisted any further move to shift the Davis Cup to a more appealing spot in the congested calendar will come through negotiation.

Relations between tennis’ governing bodies, in particular the ITF and ATP, have been highly fractious of late but Haggerty is optimistic collaboration is possible.

He said: “The end of the season is a bit of a challenge so looking at the schedule in its entirety is good. This is the first time in quite a few years that I can remember of the stakeholders getting together to have some serious conversations.

“I think everyone understands the importance of Davis Cup as an 118-year-old event, very, very important in the calendar, and we need to look at that. But we don’t want to do anything unilaterally.”

Kosmos have promised to invest an eye-watering 3billion US dollars (approximately £2.3billion) into tennis over 25 years, and the solidity of that commitment was one of the key question marks at a heated ITF AGM in August, where the Davis Cup proposals were eventually voted through.

Haggerty insisted the contracts are all secure, saying 18million dollars (approximately £13.7million) is already in the bank.

The Davis Cup changes leave two free weeks in the calendar next year, and the Daily Telegraph revealed last week that one of those could be filled by the Majesty Cup, a winner-takes-all competition.

Haggerty revealed the tentative plans involve a small draw of 16 or 32 players and a shortened format, with the event played over two days following the US Open. The neglected Fed Cup, meanwhile, is set to be revamped in 2020.