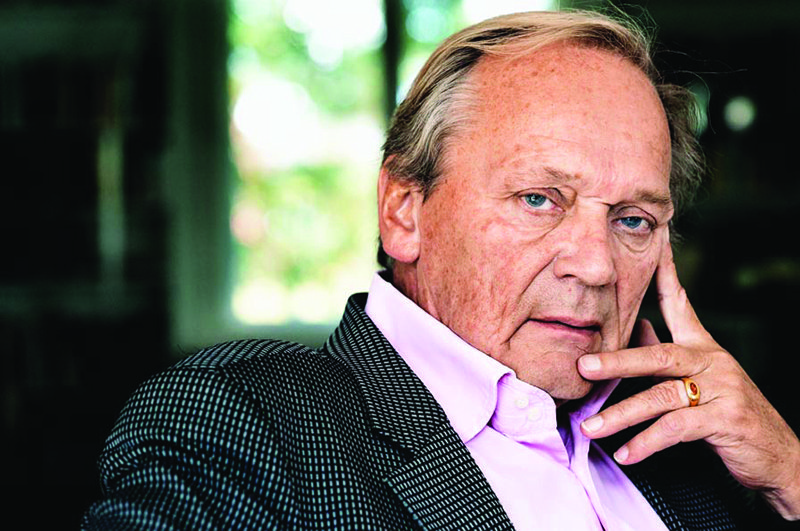 The Pharos Arts Foundation is getting ready for a great cultural season once more, beginning with a literary and poetry evening with Joachim Sartorius on Monday at the Shoe Factory in Nicosia at 7.30pm.

The event, organised in collaboration with the Goethe-Institut, will begin with a reading, in English, by Sartorius of The Geckos of Bellapais from his book Mein Zypern (My Cyprus), followed by a reading of a number of his poems in German, as well as in Greek by the distinguished Sartorius translator, Spiros Moskovou.

Sartorius is a poet and literary translator. He has published eight volumes of poetry – the most recent being his 2016 collection Für Nichts und Wieder Alles (For Nothing and Everything) – numerous books, which were written in collaboration with visual artists, and the poetic travel stories Die Prinzeninseln (The Princes’ Islands) in 2009, and Mein Zypern (My Cyprus) in 2013. His poetic works have been translated into 14 languages. Sartorius is also the editor of the complete works of Malcolm Lowry and William Carlos Williams in German.

Born in Fuurth in 1946, Joachim Sartorius grew up in Tunis and, following lengthy periods in New York, Istanbul and Nicosia, he currently lives in Berlin. After completing his legal studies, he worked as a diplomat for 12 years and then as an advisor on European Cultural Politics in Brussels. From 2001 until 2011 he was the Artistic Director of the Berliner Festspiele.

Moskovou is a journalist and literary translator living in Cologne. He was born in Athens in 1960 and studied Classical Philology and History in Athens and Cologne. As of 1989 he has worked as an editor at Deutsche Welle and since 2000 he has been head of the Greek editorial department of DW.

He has translated German prose and poetry into Greek by, among others, Peter Handke, Hans Magnus Enzensberger, Thomas Bernhard, Günter Grass, Joachim Sartorius and Karl Krolow. Since 1996 he is a cultural contributor to the Greek weekly newspaper To Vima.

The Pharos Arts Foundation’s programme will continue with its tenth International Pharos Contemporary Music Festival from October 5 to 14. The festival will include performances by Ensemble Modern, Klangforum Wien, Pierre-Laurent Aimard and Tamara Stefanovich. As always, the festival will also include parallel events which will make it a rare experience for us all to enjoy.