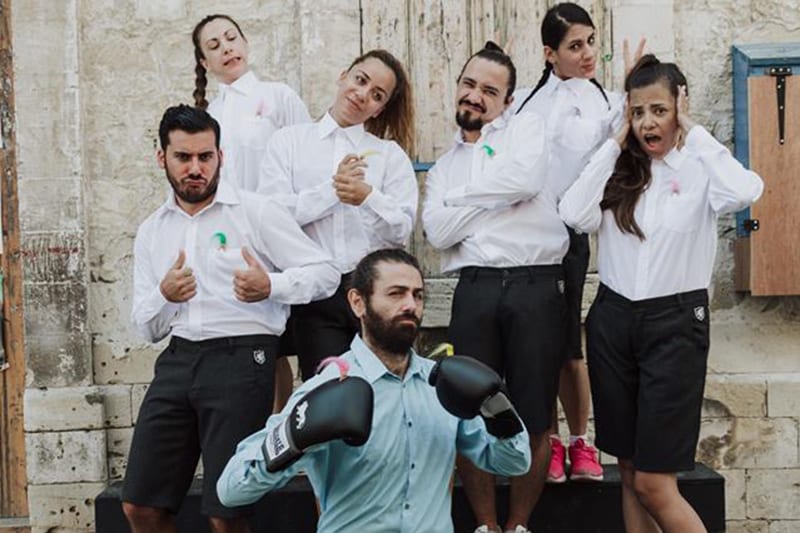 Our Teacher's a Troll

Before the new theatre season really gets into the swing of things, there is still time to take the kids to a few plays that are still on this weekend.

The first is the puppet theatre show Jack and the Beanstalk, which will run for three more Sundays until October 14 at 11am and 3pm at Theatre Ena in Limassol.

The kids will get to know the English fairytale, but with a twist. Jack is a poor boy living with his widowed mother and a dairy cow on a farm cottage. The cow’s milk was their only source of income so when the cow stops producing milk, Jack’s mother tells him to take her to the market to be sold. Jack doesn’t really like the idea but has to do as he is told. On the way, he meets a bean dealer who offers magic beans in exchange for the cow. Jack makes the trade and goes home with the beans. When he gets there, without any money, his mother becomes angry and throws the beans on the ground, and sends Jack to bed without dinner.

During the night, the magic beans grow into a gigantic beanstalk outside Jack’s window. The next morning, Jack climbs the beanstalk to a land high in the sky. He finds an enormous castle and sneaks in. Soon after, the castle’s owner, a giant, returns home. But whether in time-honoured fashion the giant will smell the blood of an English man and try to gobble Jack up, remains to be seen.

The other play still out there for the kids and for adults to enjoy is Our Teacher’s a Troll, which will run for two more performances this Saturday and Sunday at the Flea Theatre in Nicosia at 8.30pm.

Our Teacher’s a Troll, by Dennis Kelly, concentrates on two terrible twins, Holly and Sean. They gave their head teacher a nervous breakdown and turned their school into a place of terror and tyranny. The twins are very pleased about their accomplishment until a new head teacher arrives. The teacher has green scaly skin, sharp gnarly fangs, and a long spiky tail. The new head teacher is a child-eating troll and the twins now have a new role, to save the school from this tyrant.

The play is performed by the Lumbago Team and Theatro Tsepis and is directed by Giorgos Kyriakou.

US regulator sues Musk for fraud, seeks to remove him from Tesla