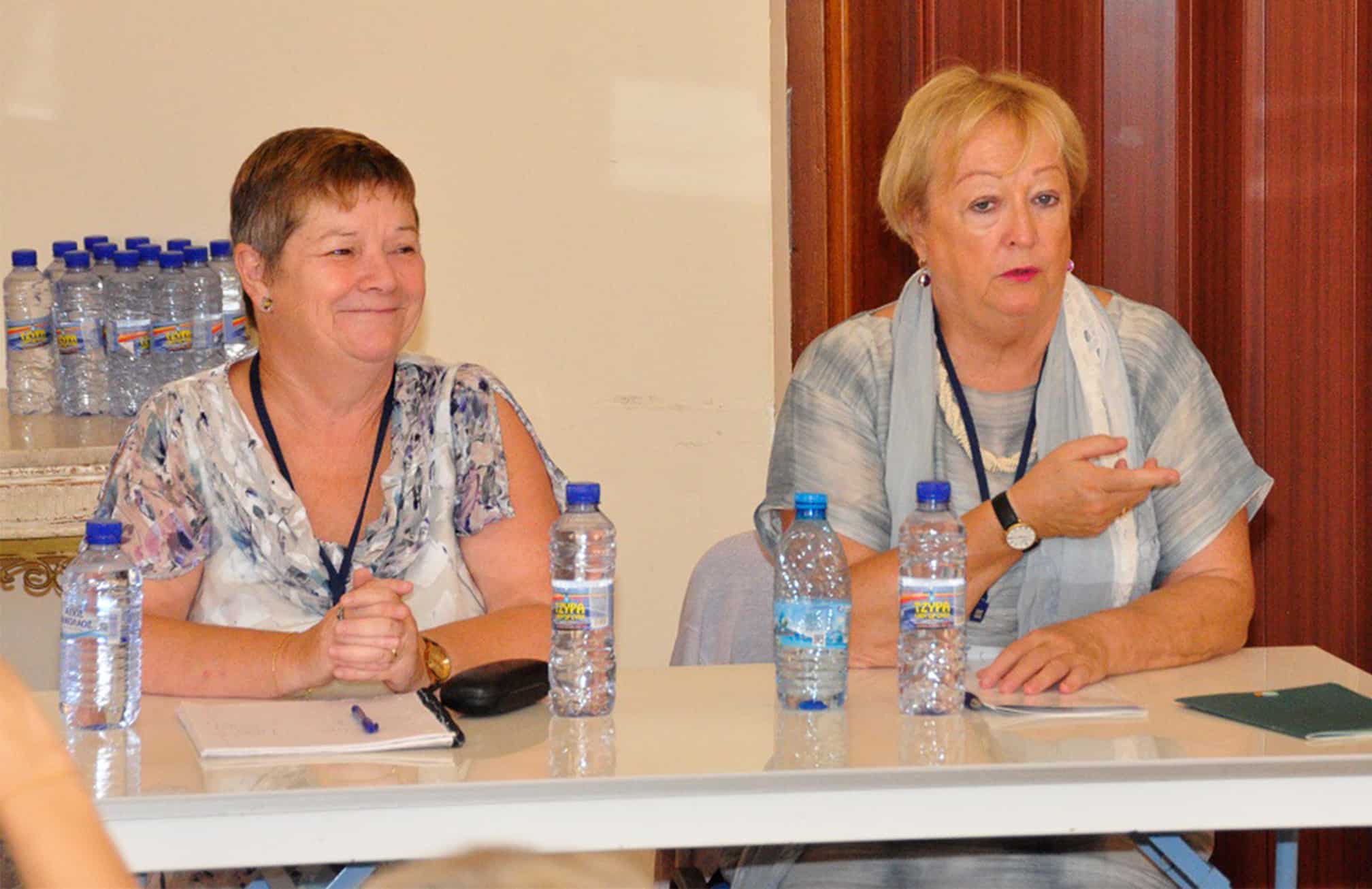 That peace is all about doing the hard things, among them stepping into the shoes of the other side, two women from Northern Ireland know only too well.

They also know the crucial role women should play in making peace happen.

Peacemakers Monica McWilliams and Avila Kilmurray have been in Cyprus this week to mark the 20th anniversary of the Good Friday Agreement in 1998 that effectively brought an end to the Troubles, the decades of conflict between Catholics and Protestants in Northern Ireland and beyond.

McWilliams and Kilmurray were founding members of the Northern Ireland Women’s Coalition, a political party formed in 1996 to enter the peace talks, and during their visit, they met with a great number of women’s groups and organisations from both sides of the divide. The main topics were the role of women in peacemaking but also lessons learned from the Northern Ireland experience.

They also led discussions in Paphos and Nicosia following the screenings of the documentary Wave Goodbye to Dinosaurs which recounts how the cross-community Women’s Coalition was formed in 1996 and fought an election six weeks later, managing to secure it two seats at the peace talks table. The party’s election poster at the time comprised cartoon dinosaurs, and the party had used the slogan ‘Wave Goodbye to Dinosaurs’ to stress the importance of a new era in politics, a system that would include and take into consideration issues that mattered not only to women but also marginalised groups within society.

“The film tells the story of why a group of women came together in the most difficult circumstances in Northern Ireland and have worked together for many, many years before the talks and have succeeded in becoming negotiators. And since then we’ve been working to enforce that peace agreement,” McWilliams told the Sunday Mail.

It is for that reason, she said, that what the film shows seems to connect with the women and men who have watched it in Cyprus. 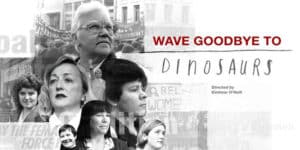 The participation of women in the Northern Ireland peace negotiations, according to Kilmurray, managed to bring issues that had been discussed in community-based and civil rights movements such as socioeconomic issues, onto the table of the peace talks.

In most negotiations, she said, the main focus is on borders and territory while issues that women feel are important such as domestic violence, or women bereaved by the loss of their loved ones during the conflict are often disregarded.

“The women’s coalition was the only party that raised, for example, the provision for victims and survivors of the Troubles, also the only the ones that raised issues around integrated education to address the religiously divided up education system, and actually people may be encouraged to live together,” she said.

The party’s members had visited political prisoners that were still held at the time but also victims of violence to make their voice heard.

She added that for a small society such as Northern Ireland with 1.8m people, over the years of the conflict, there were 25,000 political prisoners from both sides and 35,000 to 40,000 victims of violence. Of the 3,532 people who died, the majority were civilians, many of whom were killed in random tit-for-tat attacks across the sectarian divide.

“It wasn’t just women’s representation, we were trying to conceive politics in a more inclusive way.”

The party also helped change the dynamic within the established parties. “Now we have a situation where three of our main parties have women leaders and 30 per cent of the electoral assembly are women,” Kilmurray said.

It is all a long way from how it was at the beginning when party members were told to go home to breed and dismissed as “a Greek chorus of women”.

“We weren’t going to tolerate it but […] we were there as negotiators, in the same right as men.”

McWilliams’ advice to women is to show solidarity towards each other and be there as a team to support each other “because you will not get through this if you try to do it alone and that’s a very important message.”

Another of their messages for Cyprus is that peace is not built through military situations, but through security in a lot of different ways.

As regards empathy, “Cyprus should ask her partners inside and outside ‘what empathy do I have in relation to the community that I don’t come from, that are strangers to me, how do I empathise with them, how do I stand in their shoes, what are their interests’ and that can go from simple cultural, friendship events right through the big political events that occurred in Crans-Montana in Switzerland,” she said.

“Those are easy things to say and hard to do but peace is all about doing the hard things.”

In the end, the aim is to try and get as far away as possible from the zero-sum game of politics, that if this side gets what’s seen as concession then it’s an automatic loss for the other side.

“When you do that you end up in a cul-de-sac,” Kilmurray said.

She added that in Northern Ireland they drew a lot from South Africa and Albie Sachs, co-author of the south African bill of rights.

Although he had been disabled in a bomb attack due to his activism and opposition to apartheid, she said, he told the Irish that when they were drawing up the bill of rights in South Africa, they did not just draw it up for the oppressed black majority but also for the white minority, “because after the change in South Africa they were the ones that needed the confidence as having a place within the system.”

“And that was someone who had been victimised by the minority government at the time but had the generosity and empathy to actually say what is it that the other side needs, and that’s really where you actually get a peace that really works,” Kilmurray said.

On the importance of civil society, McWilliams said that political parties can’t be that independent since they have constituents to answer to.

“But civil society can be independent and I think you build trust through that independence and not be partial to one view only.”

She said that in Cyprus they have met a great number of women’s groups on both sides of the divide.

“We’ve come up with lots of different ideas, we will go home and they will build on these,” she said, adding that the groups they met thought of some initiatives they are going take forward and they’ve thought of a different approach.

“This process seems to be quite exclusive, which is often the situation when you sit down to resolve conflict and that is not to say that old parties and government officials don’t have a role, they most certainly do.

“But at the end of the day, sustainable peace is made up not just of track one which is the parties, but also the institutions that are track two, such as the faith leaders, business, trade union leaders, but most importantly for us, track three which is the actual communities and the women’s groups.”

Funeral held for member of 1974 missing

Property questions: What tax benefits does becoming a Cypriot offer?