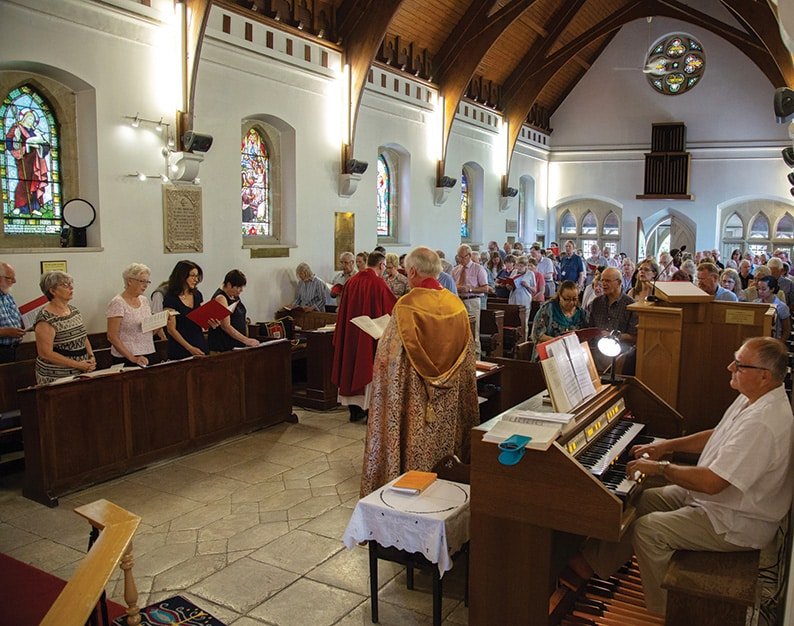 WHEN Disraeli, the Prime Minister of Great Britain, and Queen Victoria’s favourite politician, gained financial control of the Suez Canal, he needed a base where he would ensure the safety of his investment.

He had yet to occupy Egypt, so he entered into an extraordinary arrangement with the Ottoman Sultan— regarded by many as ‘the sick man of Europe—to take on the administration of Cyprus for an annual tribute of £92,800 which gave the British Empire military control of the eastern Mediterranean and a Marshall presence in the Middle East.

However, where the British tread in a foreign field, there follows the Anglican Christian Church. The Monarch defends the faithful and ensures the presence of ministers to fulfill the services necessary to sustain religion among the righteous that gather together to worship, christen the children, conduct the office of matrimony, and bury the dead. 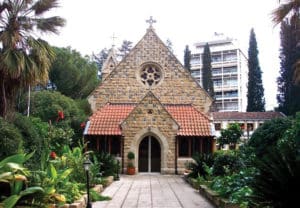 In 1878, when the British troops arrived in Larnaca, very few among the administration believed that there was anything permanent in the occupation, and as Disraeli had made no provision for financial support, and the troops were dropping by the minute from heat stroke and malaria, it fell to the church to give moral and religious support to these strangers in a very strange land.

The relationship between the Anglican clergy and the Orthodox was not good and it was the Muslims that provided a roof for the two priests sent to the island in a house close to Paphos Gate –Lieutenant Kitchener, church warden — all services were overseen by Reverend Dr. Finlay and conducted in the house of the Reverend Josiah Spencer who paid a rent of about £33 a year for the Bedestan.

The good Josiah had signed a lease on the premises but discovered that under Islamic Law no other place of worship could exist within 60 metres of a mosque, and his dwelling was in the Bedestan 10 metres from the magnificent Ayia Sophia—now a mosque— a centre of worship for the Muslims.

Enough money was raised to build a new church on St. Georges Hill opposite the Secretariat at a cost of £1,200 and to be known as St Paul’s. The first service was held on Christmas Day 1885. 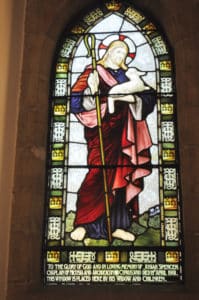 Two years later the parish minutes record cracks appearing and that a subterranean movement was damaging the church and surrounding buildings and it was decided to rebuild the church on its present site donated by the High Commissioner, Sir Henry Bulwer.

The building committee dismantled the old church and moved it by donkey and camel cart to the ground of the current Cathedral which was built in the Victorian Gothic style with a nave and four bays, a square chancel, a bell tower and a vestry. The church was consecrated in 1893 by The Bishop of the Church of England in Jerusalem and the foundation stone laid by Lady Sendall. The church was re-hallowed as a Cathedral Church by The Right Reverend Leonard Ashton, first Bishop in Cyprus and the Gulf on May 1981. His first text being Acts, 13: 4-5 the story of Paul and Barnabas coming to Cyprus. Over the years the Cathedral has expanded to its current comfortable size.

On October 6, to mark the 125th anniversary of the foundation of the Cathedral The Very Reverend Jeremy Crocker, Dean of St. Paul’s will hold a reception in the Cathedral Hall and  assist the Right Reverend Michael Lewis, Anglican Bishop in Cyprus and the Gulf at Choral Evensong and on  the dedication of a new stained glass window— celebrating the epiphany of Paul on the road to Damascus— in the cathedral on Sunday October 7 at 3pm.

The window was created by the artist Kath Wilson whose studio ‘One Offs’ is based in Cornwall.

The Cathedral is the centre of Anglican religious activity in the capital, constantly engaged in fund-raising events. It has a bookshop that is open every Saturday morning and in other parts of the grounds, once the Deanery gardens, the lady volunteers, sell at very reasonable prices, clothing, shoes, household materials, electrical appliances and every kind of second-hand sports equipment. The parish council organise fayres, readings, quizzes and whist drives. The Cathedral provides a focus for real Christian activity that is rarely encountered in this modern era.

Many of those responsible for the success of the Christian Community are buried in the English Cemetery in Nicosia, which is also a Commonwealth War Grave and is open every day of the week.

It is expected that Demetris Syllouris, speaker of the Cyprus Parliament will attend the ceremony along with British officials.

Collaborative entrepreneurship as a path to peace