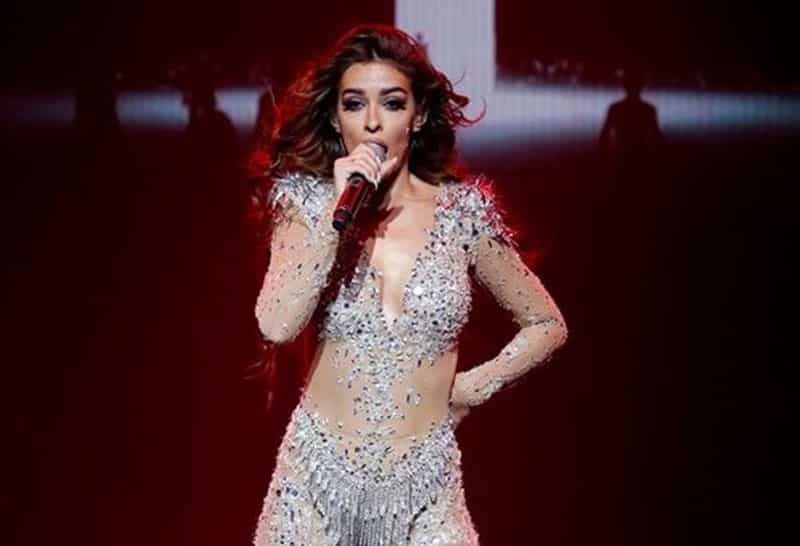 Today is a bank holiday so we should take advantage of the fact and have a party, and what better way than to let the woman who got us to second place at the Eurovision Song Contest Eleni Foureira entertain us.

Foureira, who was born in Albania but grew-up in Athens, knew that she would make it big in music from an early age. She learnt how to play the guitar and also worked in the theatre for three years until her music career as a member of the Greek girl band Mystique in 2007 took off. Two years later when the group split she set out on a solo career. She released her first solo album in 2010, which received a platinum certificate in Greece. Her next three albums, including the 2017 album called Vasilissa, were also very successful in Greece and here.

She is still very much soaking up her success from this year’s Eurovision Song Contest, where she came in at second place with 436 points with her song Fuego.

Foureira will continue fanning the flame of her music tomorrow at the State Fair in Nicosia at 8.30pm, where she will show that she is a great showwoman with a voice that is full of energy and passion.

President asks Turkish Cypriots to respect the rights of all Cypriots