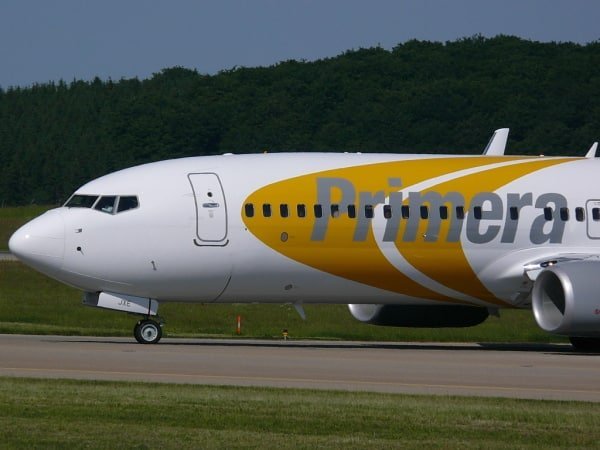 Nordic budget airline Primera Air has become the latest European carrier to go bust, telling staff that all flights were being halted and leaving thousands of passengers stranded.

“On this sad day we are saying Goodbye to all of you,” Primera Air said in a statement on its website on Tuesday. http://bit.ly/2P2AiZW

Primera Air, which is Icelandic owned but based in Copenhagen, began in 2003 and has served 97 destinations in more than 20 countries.

The airline announced last month that it planned to launch routes from Madrid to New York, Boston and Toronto next year at an introductory price of 149 euros ($172) each way.

It also announced in September plans for direct long-haul flights from Frankfurt to New York, Boston, Toronto and Montreal from next year.

London’s Stansted Airport, which has been trying to promote transatlantic routes, urged Primera passengers not to travel to the airport.

The collapse comes exactly a year after Britain’s Monarch Airlines went under after falling victim to intense competition for flights and a weaker pound.

Primera was forced to cancel flights earlier this year, citing delays in receiving aircraft from Airbus, but has faced growing complaints about poor service and late refunds.

Its collapse will be a blow to planemakers Airbus and Boeing, which had both used the airline as a showcase for new strategies designed to use data analytics to help airlines run smoothly and expand their own high-margin services revenue.

Primera was also at the centre of a battle between plane giants to expand the range and performance of their best-selling single-aisle jets, attracting new players to the lucrative transatlantic market.

It was a launch customer for Airbus’s A321LR, the longest-range version of the A321neo narrow-body jet.

Demand for such jets has helped shaped the strategies of planemakers in recent years, with Boeing looking to counter with a new mid-sized model next year.

But in June it said it had been forced to postpone plans for flights from Birmingham, England, to New York and Toronto because of “severe delays” in receiving Airbus A321neo planes.

Airbus has had problems delivering the planes due mainly to engine delays and on Friday Reuters reported that it faced quality problems at the Hamburg plant where A321neo jets are made.

Animal Party to deliver ‘comprehensive report’ to president on Thursday